posted by Olivia Mesquita on July 26, 2014 18 comments »
Jump to Recipe
This post may contain affiliate links. Read our disclosure policy. 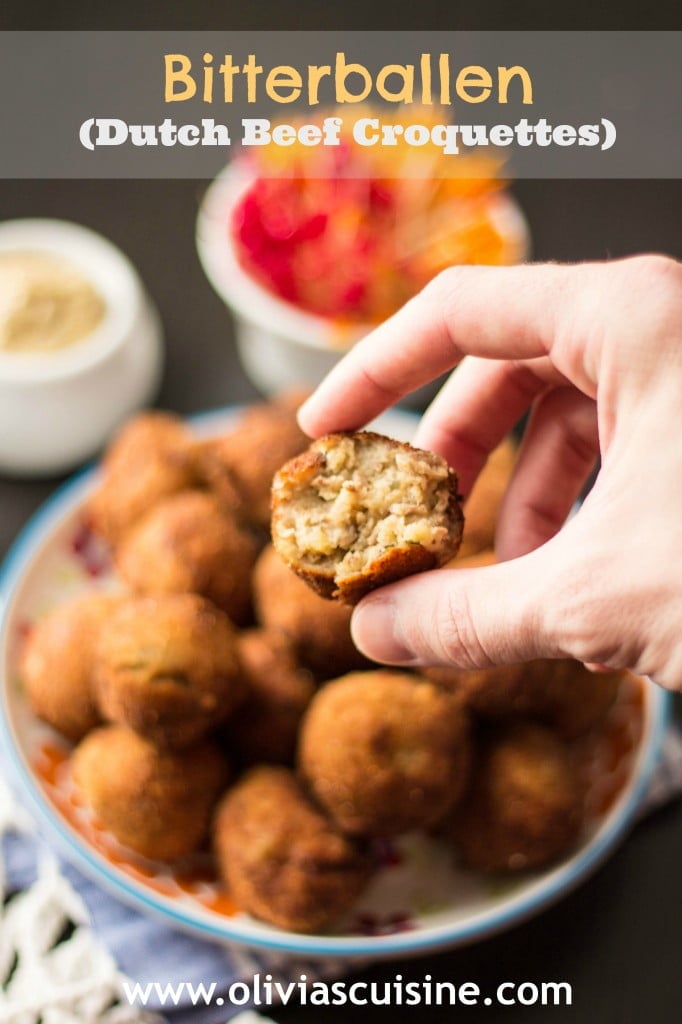 Today is a sad sad day! :( It is the day you’ll read my last World Cup Gourmet post. (Or at least until the next World Cup…) But don’t fret!! I have other creative ideas for other fun gourmet series that I’m sure you will love! :)

So today we take a tour through the Netherlands! I always referred to this country as Holland, which I just recently learned is wrong. The Kingdom of the Netherlands consists of 12 provinces, which include North and South Holland. Because of the economic and maritime power of these two provinces in the 17th century, the country became known internationally as Holland.
To keep the tradition, here’s some fun and interesting facts about The Netherlands: 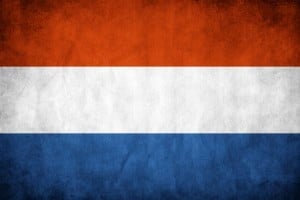 1) The capital and largest city is Amsterdam.
2) The official language is Dutch.
3) The European part of the country borders Germany, Belgium and the North Sea.
4) The Netherlands also includes three islands in the Caribbean.
5) The Netherlands is the world’s second largest exporter of food and agricultural products, after the US! They are also the largest exporter of cheese in the world.
6) They are usually regarded as a liberal country, having legalized abortion, prostitution and euthanasia, while maintaining a progressive drug policy. They were also the first country to legalize same sex marriage, in 2001.
7) The Dutch are the tallest in the world, which some believe to be the combined result of DNA and dairy. The average height for men is 184cm and for women 170cm.
8) Due to the short supply of grave space, graves are rented (for 10, 15 or 20 years) and not purchased. (I wonder what happens after that..)
9) Even though there is no orange in the Netherlands flag, orange is the official color because of the House of Orange, who led the Dutch revolt against Spain and later became the Dutch royal family. (I always wondered why their soccer team uniform was orange… Now I know!)
10) The world famous tulips and tulip fields of Netherlands do not originate from the country. The first tulip bulbs were actually imported from Turkey.
11) Wooded shoes (“Klompen”) have been popular in the Netherlands for about 700 years as industrial footwear worn by farmers, fishermen, factory workers and artisans to protect their feet from injury and keep them dry.
12) 86% of the population speak English as a second language.
13) Dutch people drink a lot of coffee. They drink an average of 140 liters a years (3.2 cups a day)! (I know some New Yorkers that drink more than that…)
14) They also have the lowest incidence of lactose intolerance of the world, at only 1%.
According to Holland’s official website, the country doesn’t have a specific cuisine. They claim to like everything, but I’ve found some typical dishes, such as snert (pea soup with sausages), stamppot (a winter dish with vegetables, potatoes and meat mashed together in a stew), poffertjes (a type of mini pancakes, but thicker and sweeter), patatje met (fries with mayonnaise), haring (herring fish – the most popular in Holland – in a bun with onions or pickles), liquorice (both sweet and salty and in a wide range of shapes and flavors), stroopwafel (a flat waffle usually enjoyed with coffee or tea) and the bitterballen.
The bitterballen are small fried balls of beef ragout. They’re one of the Netherlands favorite snacks. Legend says that they originated in the 1900s as a way the housewives found to use meat leftovers to create appetizers. Nowadays they are served in local cafés and bars to accompany drinks (especially beer!). The word “bitter” in this case refers to alcoholic beverages and “ballen” means balls.
They are traditionally made with beef, but can also be made with pork, veal, chicken and even several vegetarian options like porcini or tofu. They are typically served with mustard on the side.
Despite the fancy name, making the bitterballen is actually very easy! This recipe I’m using is adapted from the blog The Dutch Table, that is a great resource for traditional Dutch recipes.
For the beef, I used the leftovers of a pot roast that I had on the fridge and that I shredded in my food processor. But you can use any type of beef that you want as long as the meat is cooked to the point where it’s almost falling apart, so it’s easy to shred.
In a large skillet, sauté the onions in olive oil until translucent, then add the beef. Cook for a couple minutes before adding the parsley and reserve.
Next, we make a roux of butter and flour in a small saucepan. Make sure you melt the butter first and then add the flour a little at a time until the mixture thickens. Stir in the beef stock (I used the broth that resulted from cooking the meat, but you can use store brought low sodium beef stock.) , stirring ’til the roux absorbs the liquid.
Combine the meat mixture with the roux, adjust the seasoning (salt and pepper) and add a bit of nutmeg. Cook until the mixture has the consistency of extremely thick gravy. Refrigerate for a couple of hours. 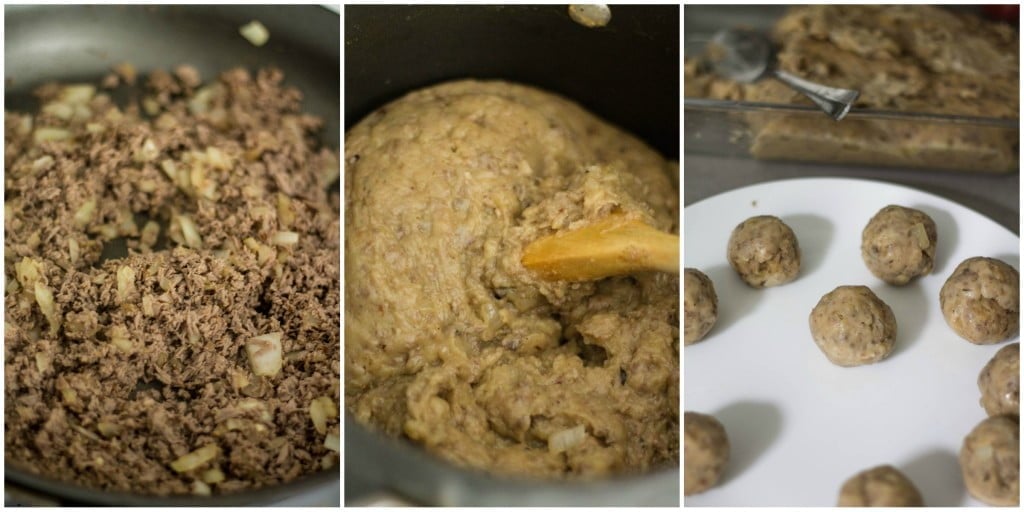 Once the gravy is chilled, you can make the bitterballen (about 1 inch diameter) and then bread them. Set three bowls: one with all purpose flour, one with an egg and chilled water mixture and one with breadcrumbs. Roll the balls through each of those bowls in this order: all purpose flour, egg mixture and breadcrumbs. When you’re done with breading all the bitterballen, bring them to the freezer for 30 minutes before frying.
Heat the oil and fry your bitterballen, 5 at a time, until golden brown. Set them in a plate covered in paper towels before serving. 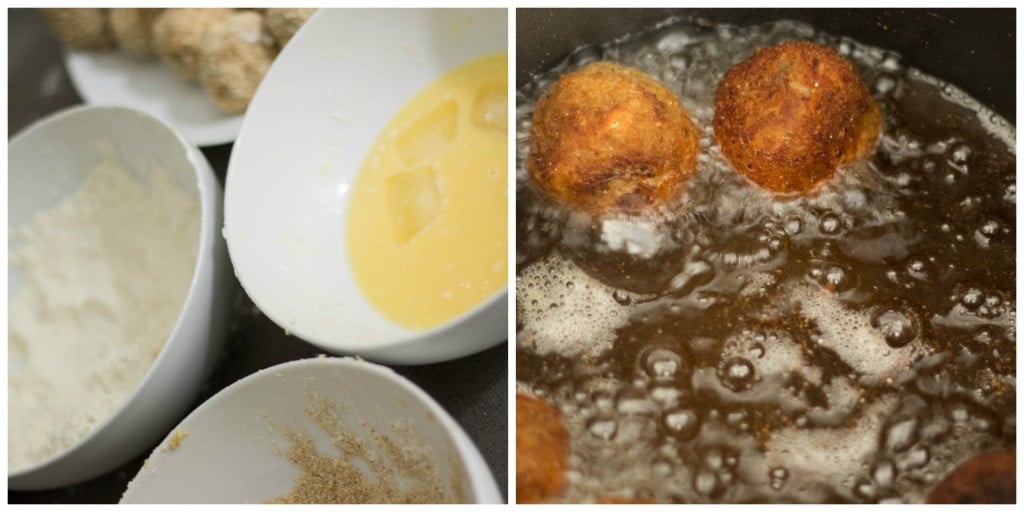 Serve your bitterballen with grainy or dijon mustard.
This recipe freezes very well, like the coxinhas! Just make sure you defrost them overnight (in the fridge) before frying, so they don’t burn outside while staying frozen inside when frying! 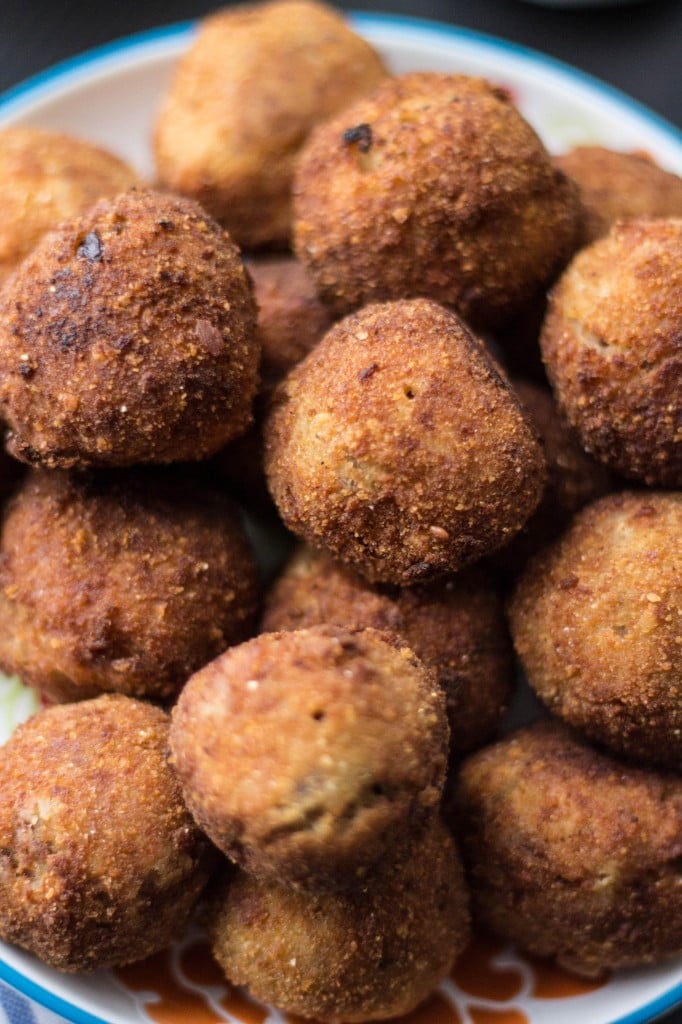 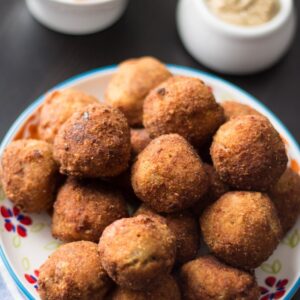 18 Comments on “The World Cup Gourmet Series – The Netherlands: Bitterballen”