posted by Olivia Mesquita on February 20, 2015 16 comments »
Jump to Recipe
This post may contain affiliate links. Read our disclosure policy.
Jump to Recipe 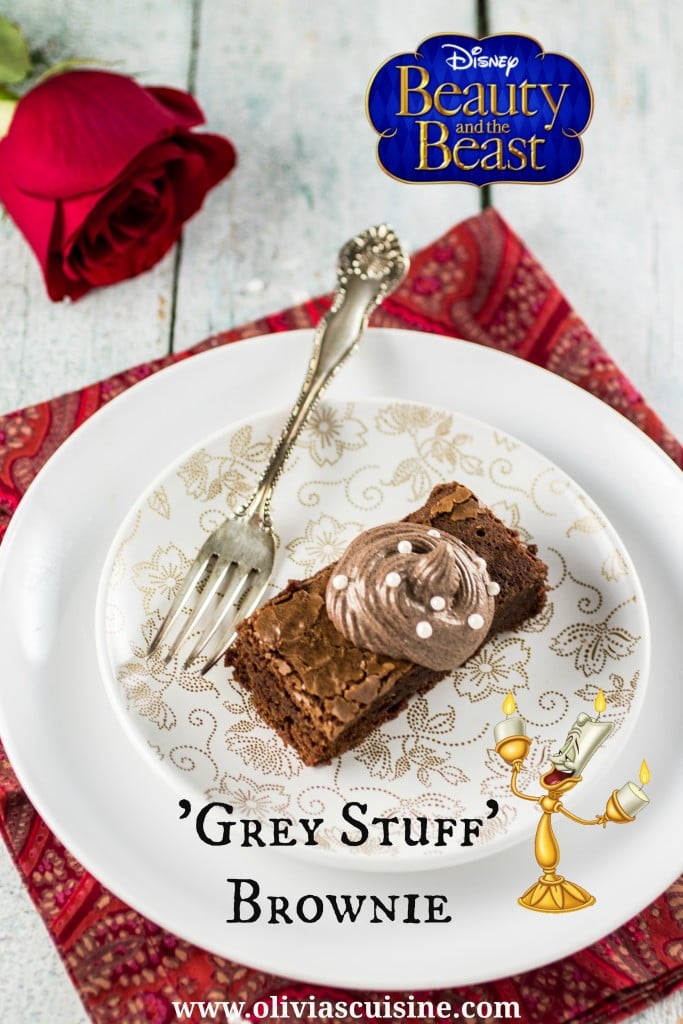 1) You guys know how obsessed I’ve been with Lindt chocolate bars, right? No?!? See this and this! And no, I’m not being compensated in any shape or form… (Hey, Lindt, you’re welcome for the free advertisement. I think that to thank me, you should send me like 1000 bittersweet chocolate bars. K? Tkx!)
2) It had been a while since I posted something from my Disney Gourmet Series. Since in a week from today I will be in Orlando for the Food Blog Forum (Yes, I’m dying with excitement!), I thought this was the perfect occasion to bring it back!

So here we are again: the Disney Gourmet series! And today it’s inspired by one of my favorite Disney movies ever: Beauty and the Beast! And… we’ll be making Grey Stuff Brownie, because… duh… “try the grey stuff, it’s delicious! Don’t believe me? Ask the dishes!” 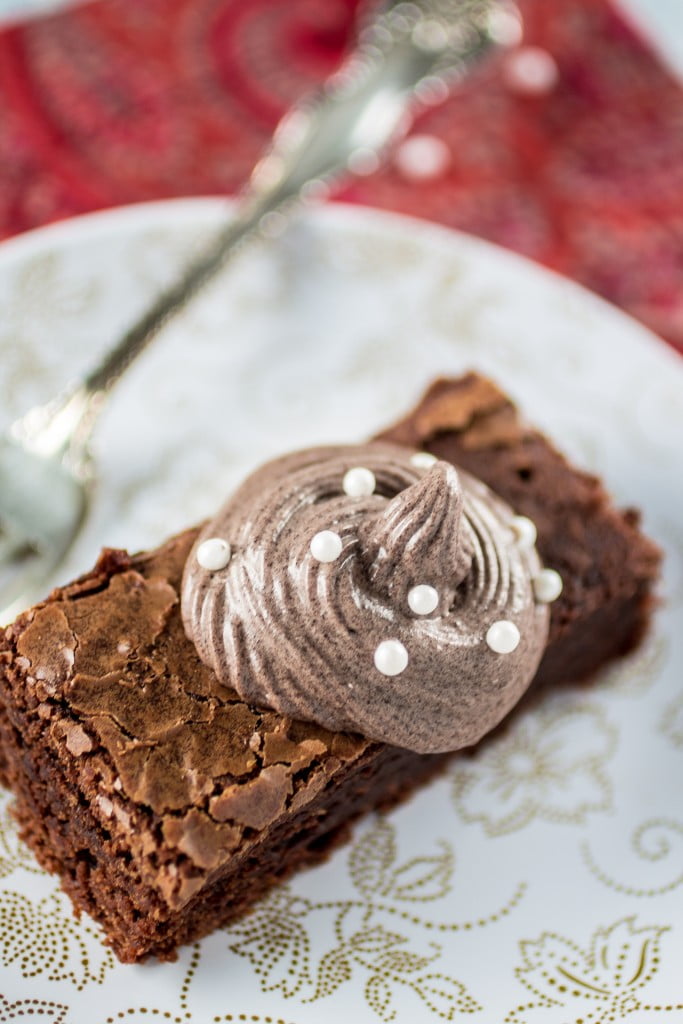 I’m sure y’all watched this movie – if you haven’t, you must do it immediately! – so I’ll skip the little synopsis and focus on the part of the movie that would interest any foodie or food blogger out there: the Be Our Guest scene! Oh, c’mon… You wanna tell me you’d never dreamed to be Belle in that scene, being served all kinds of delicious dishes by inanimate objects?!? I know I have!
That scene is so famous that Disney created a restaurant in Disney World called Be Our Guest that is usually so full that you have to make reservations months in advance. And, they created a recipe for the famous “Grey Stuff” that Lumiére tells Belle to try in the movie.

Even though the Grey Stuff in the movie seems to be some sort of hors-d’oeuvre – maybe a pâté served on a cracker – the Be Our Guest restaurant serves it as a dessert and so will we! :) I guess they realized the kids would never eat a grey pâté while they would totally go for a brownie or a cupcake. (They serve the grey stuff by itself or on a brownie or cupcake.)
Baking is not really my strength (yet! I will fully master it one day, I promise!) but those brownies came out PERFECT. I used a recipe from Lindt and the brownies were chewy, moist and fudgy but still sturdy to hold the ‘grey stuff’.
The ‘grey stuff’ is some sorts of cookies and cream mousse, very easy to make. You’ll need vanilla pudding, chocolate pudding, milk, oreos and Cool Whip. And before you run for the hills with only the slightest mention of ‘Cool Whip’, my gourmet friend, I need to defend myself and say I’m only recreating a recipe here. And, also, the final result is pretty delicious. So bear with me on this one, will ya? ;-) 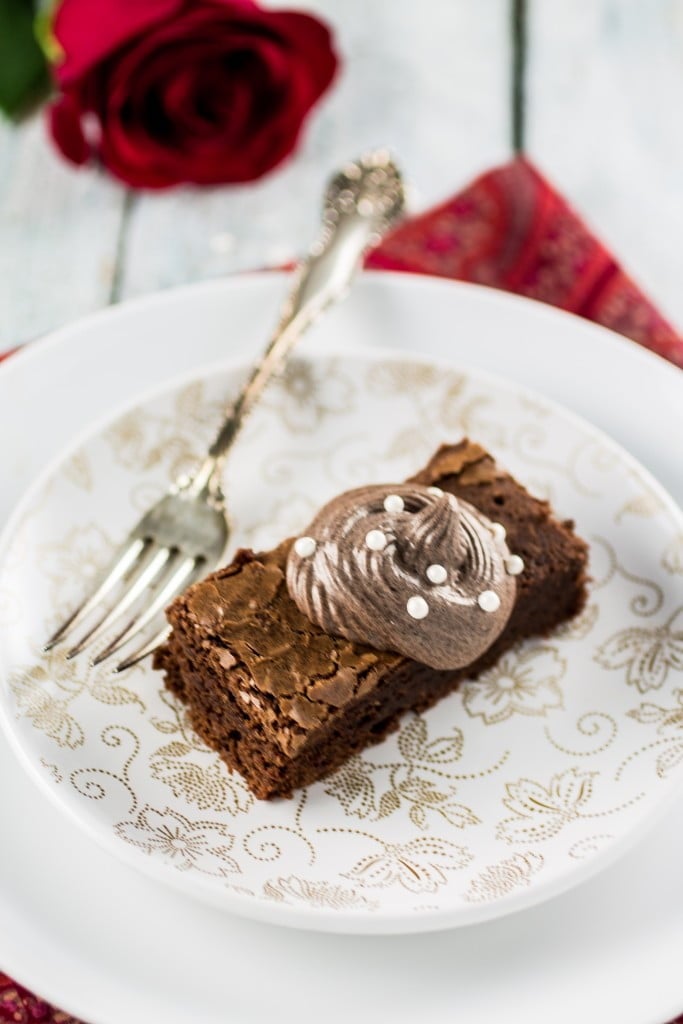 This is a delicious and fun dessert to serve at an Oscar’s party. After all, Beauty and the Beast was the very first full-length animated feature film in cinema history to be nominated for the Academy Award for Best Picture.
So I guess now I’m ready for my trip to Orlando for the Food Blog Forum conference. While I’m there, I might pop up at the Be Our Guest restaurant and try their ‘Grey Stuff’. I’ll let you know if it’s better than ours. (I doubt it! wink wink)
Continue to Content

For the 'grey stuff'

To make the brownies:

To make the 'grey stuff':