posted by Olivia Mesquita on February 23, 2015 39 comments »
Jump to Recipe
This post may contain affiliate links. Read our disclosure policy.
Jump to Recipe 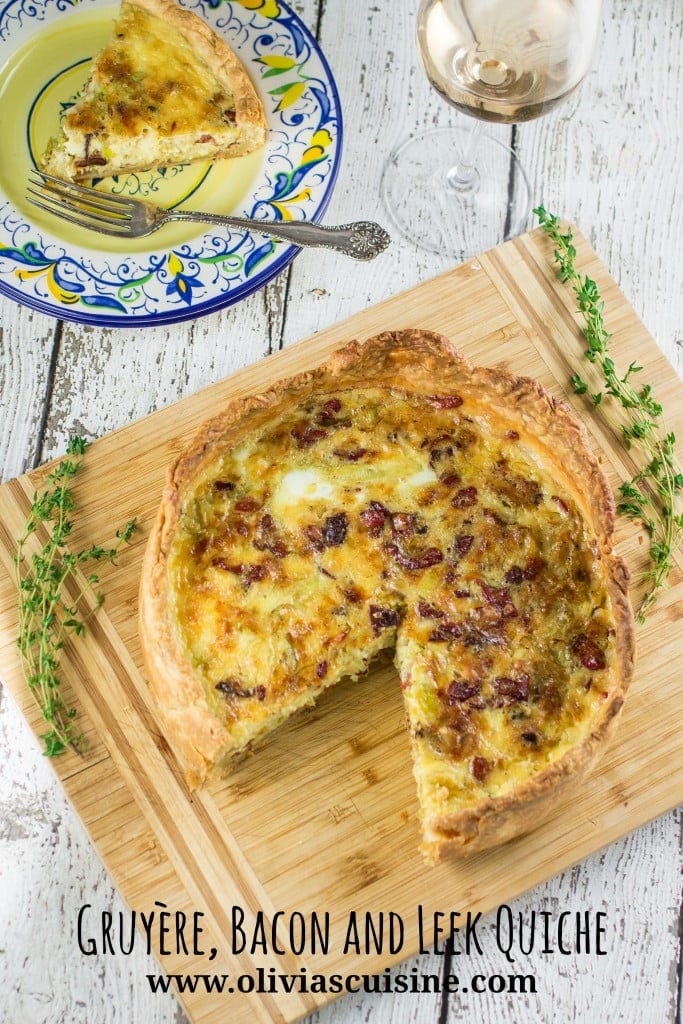 My dream is to one day be one of those cool grandmothers that can make ANYTHING from scratch. My grandma is one of those… She is so talented that everything she makes looks like it was served in a 5 star restaurant. One day I will be there!
One of the things I struggle with the most is pies/tarts/quiches. I’m just not good at making dough. My grandma makes everything by hand, but I use a food processor to help me, and even so I do not always succeed. I had my fair share of dough that breaks when I’m rolling it, that falls apart when it’s baking, etc. It’s just a nightmare! However, this week I decided I’m going to face my fears and work on the things I need to master in every aspect of my life. And so I made a Gruyère, Bacon and Leek Quiche! And it was awesooooome! The dough was perfect and the crust came out pretty good, even though it doesn’t yet look like that of a 5 star restaurant. But I’m going for the rustic feel! ;-) And the filling… Oh my God, the filling! Just by writing about it my mouth is full of water. 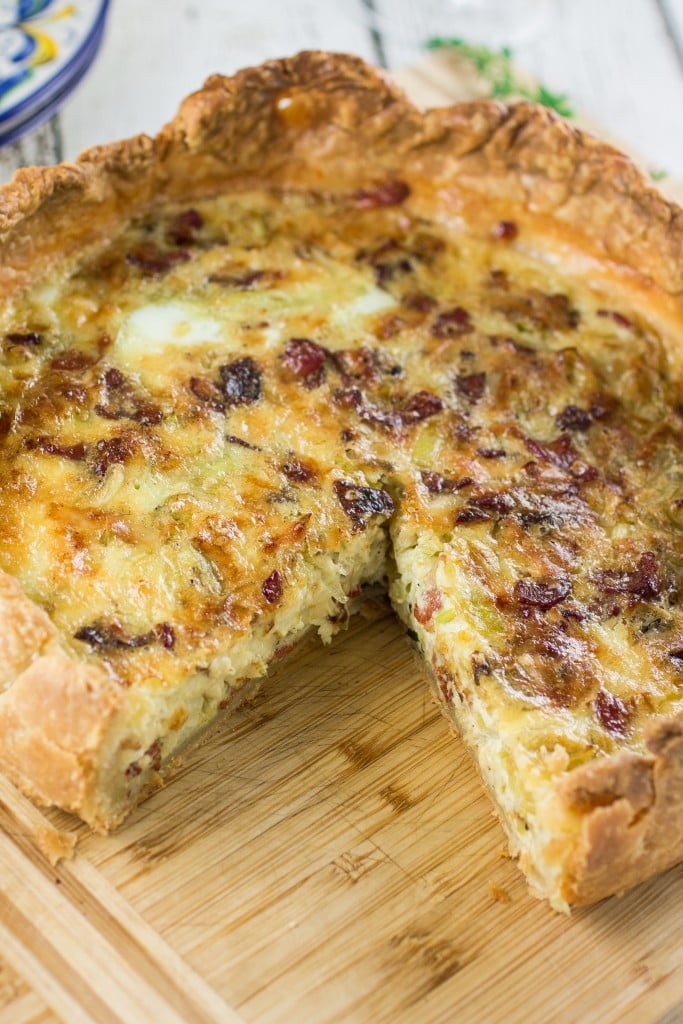 This quiche is so good that people make gutural sounds when they first bite it. I could hear my husband making those sounds in the living room from the bedroom. And honestly, nothing makes me happier. I think food that provokes this kind of raw feeling is the best food out there. And I made it! I conquered my fear and I made an awesome quiche with a crust that was so full of flavor and didn’t fall apart when baking! (I guess I get the yellow belt now, right? <- karate reference for whoever is thinking I went cuckoo!)
The whole process of creating a dish, from picking fresh ingredients in the market to serving friends and family gathered around a beautiful table, feels magical. I feel like a painter looking at a blank canvas and having a whole palette of colors to chose from. Frying the bacon until crispy and golden, sautéing the leeks until green and tender, grating the Gruyère cheese (my favorite!)… then combining everything to create a delicious quiche. It really felt like I was blending colors one by one to the canvas so they could come together as something beautiful. That’s why I love to cook, to feel some kind of purpose in life! 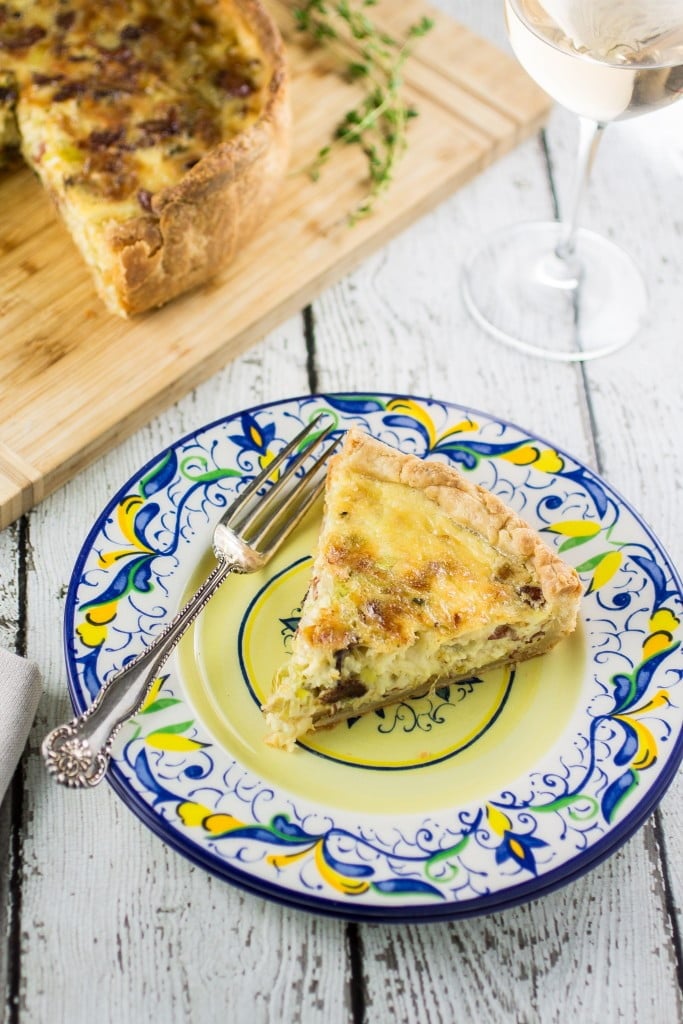 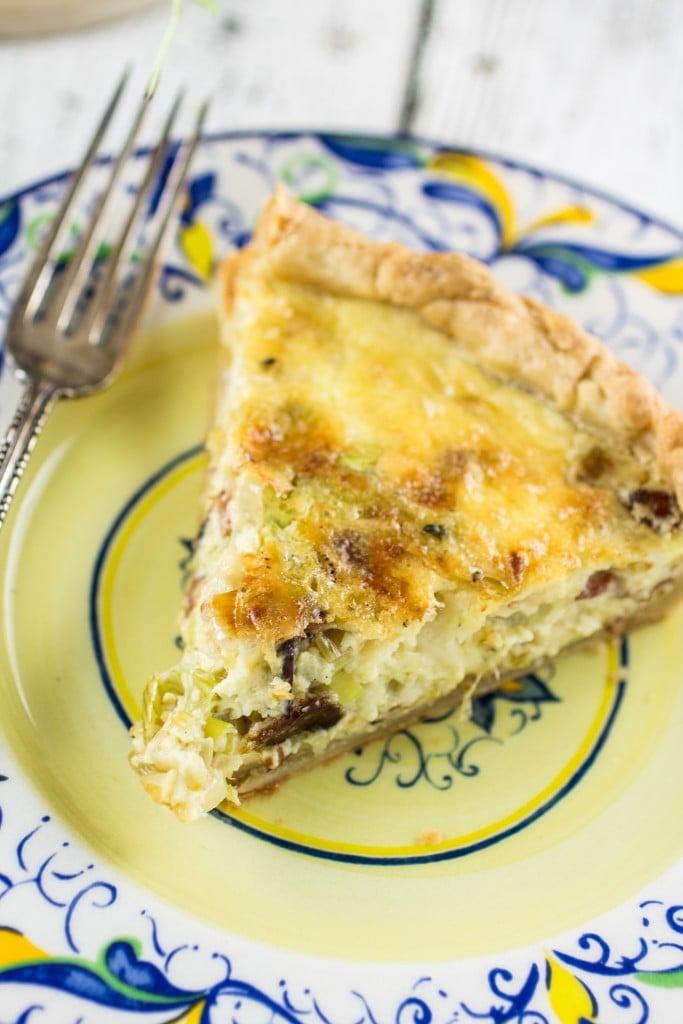 Quiches are the perfect dish for brunches, lunches and even dinners. Just whip up a nice salad and open a cold bottle of white wine and you’re all set to impress! And the best thing about it is that you can make it one day before and just lightly heat it or serve it at room temperature.
Although this recipe is pretty time consuming, because you have to chill the dough twice and then bake it 3 times, it is not hard to make and this dough is pretty fool proof! (Well, I was able to make it wasn’t I? And then so can you!) I will for sure be making more quiches from now on! They are not only delicious but so beautiful… They are my new obsession!
* A fun fact about quiches: Although considered as typically French, the quiche originated in Germany. The word quiche comes from the German word Kuchen, which means “cake”.
* A few considerations about this recipe:
– During my first attempt to make this, the dough was really easy to handle but the crust shrank a lot during baking. So make sure your ingredients are cold and that you don’t overhandle the dough too much when rolling out. It’s is also nice to let the dough rest before baking. Also, because I know it will inevitably shrink a bit, I leave an overhang of about 1 inch and I make sure I fill it with enough pie weights (or beans) to keep the sides in place before blind baking.
So tell me… What’s your biggest struggle in the kitchen?
P.S. This recipe was slightly adapted from the magazine Food & Wine, “We Heart Julia Child” article.
Continue to Content 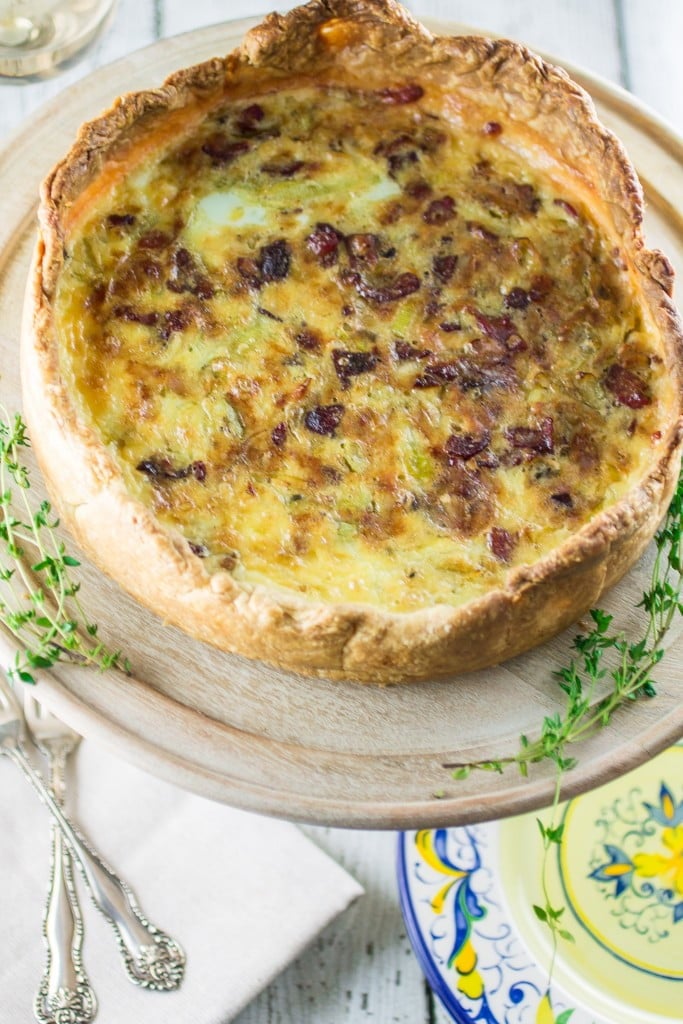