posted by Olivia Mesquita on July 25, 2015 16 comments »
Jump to Recipe
This post may contain affiliate links. Read our disclosure policy.
Jump to Recipe 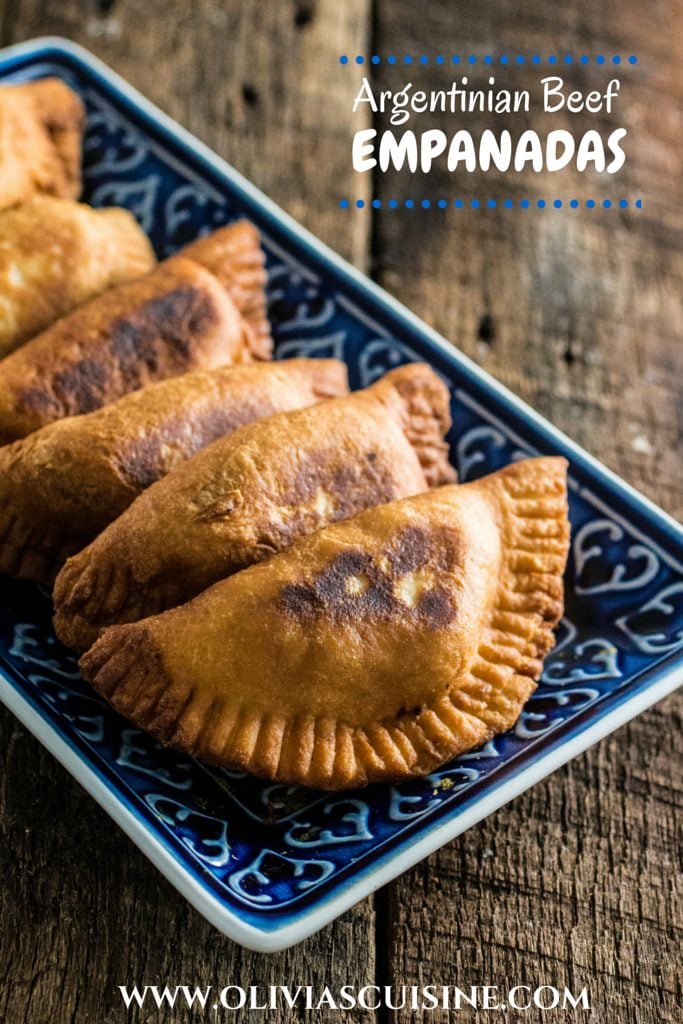 These Argentinian beef empanadas will transport you to Buenos Aires in one bite! It will be almost as if you are walking around Puerto Madero on a lovely afternoon, biting into your empanada that you just bought at a local shop. Except… you made it at home!
Doesn’t it amaze you that food has this power? Transport you to a nice flavor vacation? Which nowadays is the only kind of vacation I can afford. Ugh!
Tim and I are moving to our new apartment next week and, since the place is way bigger, we’ll have to buy more furniture!
Not that I’m complaining, on the contrary. The little shopaholic in me is doing back flips and I’ve been spending lots and lots of time filling my wish list on Wayfair! (Yes yes, time that I should be spending doing other, better things… like blogging! Oops!) 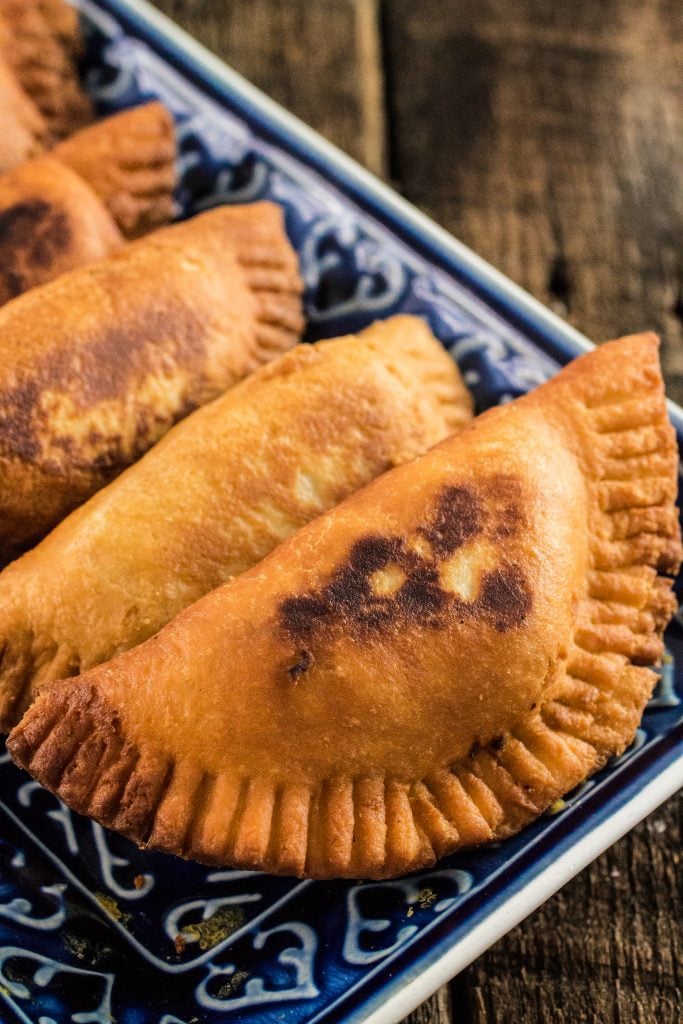 So, yeah… No vacation for me for a while. Except Christmas in Brazil, of course! But that doesn’t quite count, since it’s my home country… Does it?

In my “real vacation” bucket list I have a trip to New Orleans (I’m dying to see that city and eat that food) and one to Europe, since I’ve never been. Oh yeah… I’m a foodie that has never been to Paris or Italy! Can you believe it?
My fingers are also itching to register for this amazing food blogging conference in Cancún, at an all-inclusive resort. But I really really REALLY need to behave!!
Let’s hope I do! 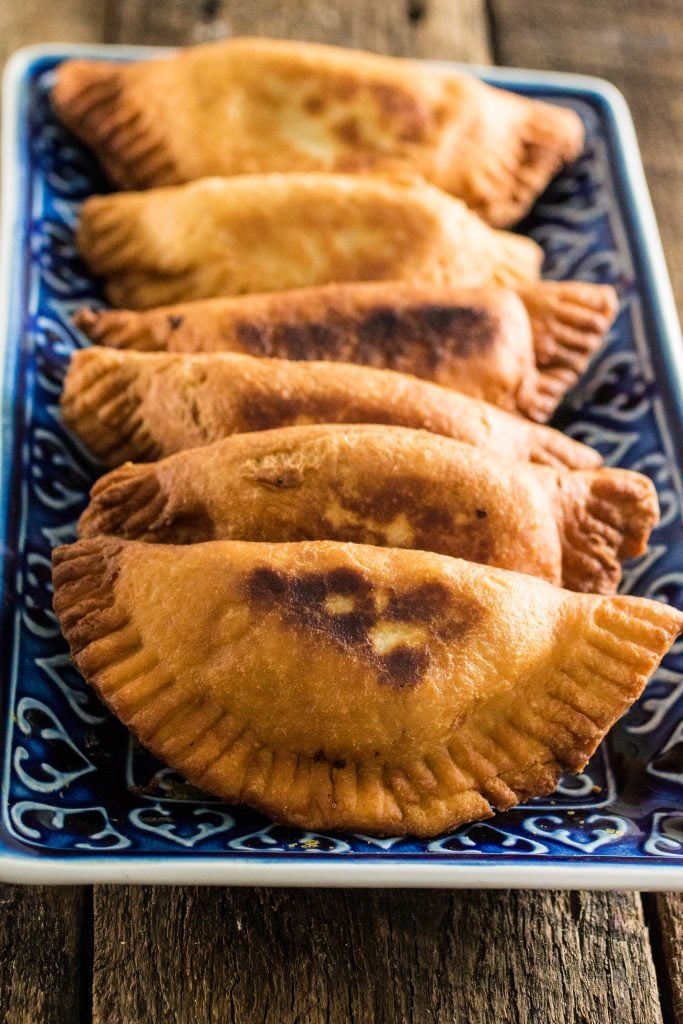 So… Empanadas!
Even though I’m claiming those to be “Argentinian-style”, empanadas are actually originally from Portugal and the northwest region of Spain, called Galicia.
They are believed to have been influenced by the Indian meat-filled pies called Samosas, since the first empanadas started appearing around the time of the establishment of trade routes to India and the Portuguese colony in Goa.
In Portugal and in Galicia, the empanada is prepared as a large pie and then cut into smaller portable pieces that people can take to work. Some of the popular fillings over there are tuna, sardines or chorizo! Sometimes even cod and pork loin. 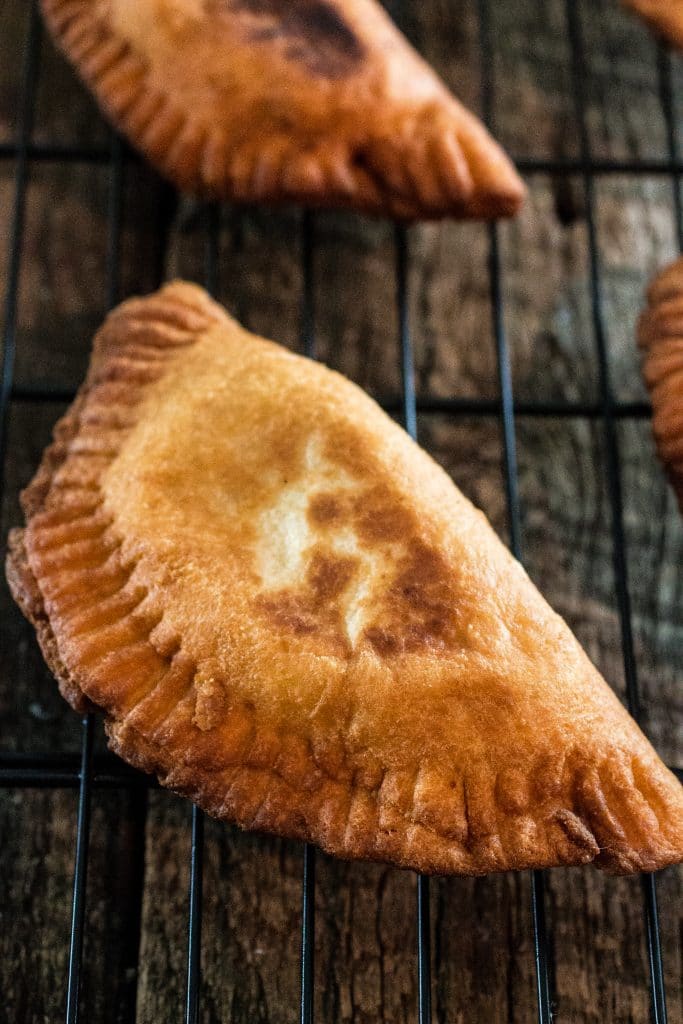 The Spanish and Portuguese colonizers brought the empanadas to South America where it developed into what we know as Empanadas in America. In Brazil we call it Pastel and we make it slightly different, with a flaky pastry-like dough, but that’s a topic/recipe for another post!
In Argentina, the cuisine we are exploring today, the dough is often made with wheat flour and lard. The most popular fillings are chicken and beef (cubed or ground, depending on the region), spiced with cumin and paprika.
Sometimes they call it Spicy Empanadas and they add red pepper flakes for an extra kick!
You will also often see onions, hard boiled eggs, olives, corn, peppers and sometimes raisins in the filling! (I’m not a fan of raisins in my empanadas, but feel free to add it to this recipe if that’s your thing!) 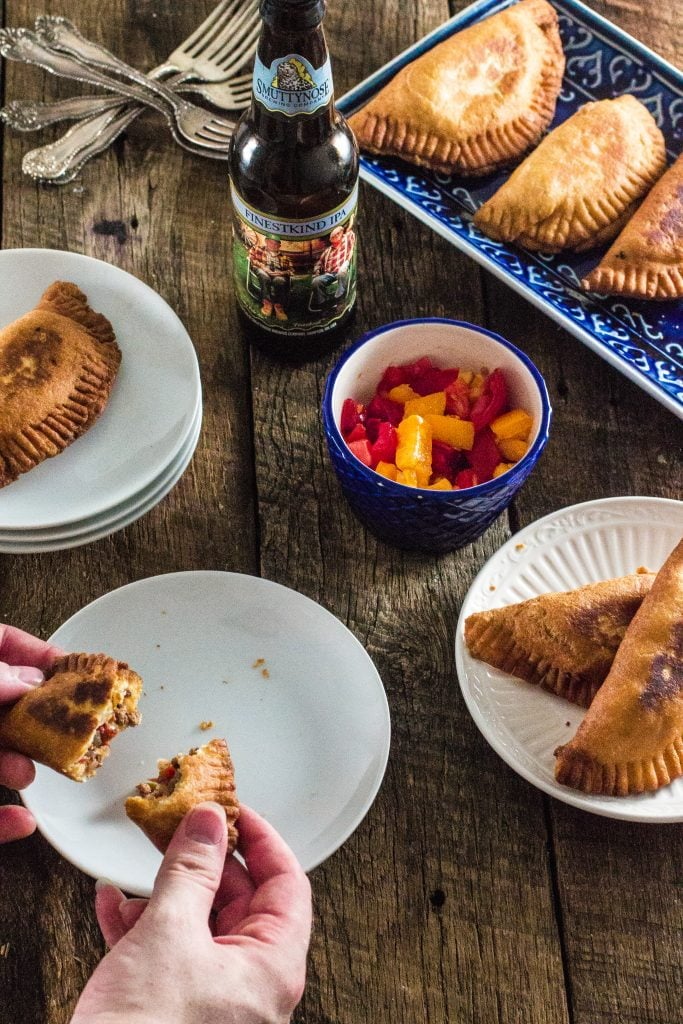 The empanadas we are making today are fried – Tucuman-style, which is the preferred type in Buenos Aires. However, you absolutely can bake it (Salta-style) and it will still be delicious!
Oh, who am I kidding? Please fry your empanadas! It is SO MUCH BETTER this way. You can go work off the calories later! :P
When I first experimented with this dough (recipe from the Gourmet magazine, October 2014 edition) I was a little scared of how my empanadas would come out. I’m used to eating empanadas that have more of a bread or pizza-like consistency, like a calzone, but I was really intrigued by the pie-style dough and was happy to use a recipe that used butter instead of lard. Mostly because… who has lard in their fridge? Not me!
Oh. My. God, you guys! These are the best empanadas I’ve ever tasted in my life! They were a total hit in our home and we managed to devour two batches in two days.
The filling was incredibly juicy – it helps if you chill your filling for at least 2 hours before making your empanadas – and the dough was crunchy on the outside and soft on the inside and oh so buttery and full of flavor!
However, even though this is an easy recipe for empanada dough, I understand if you just don’t have the time for it. So, if you’re craving empanadas but don’t have the time to make your own dough, you can get empanada discs at the supermarket or at Amazon.
Seriously… no excuse to go spend your hard earned money at the Empanada store when you can make them at home!
I really hope you give this a try!
Continue to Content

If you think 12 empanadas is too much, don't worry! Leftovers taste great and you can reheat them in a preheated oven (250 degrees) for about 10 minutes!

Alternatively, you can freeze the empanadas. To freeze, lay unbaked empanadas side by side on a parchment-lined baking sheet. Make sure they don't touch, or the empanadas will freeze together. Freeze until solid, then transfer the empanadas into a freezer bag. Frozen empanadas will keep for up to three months and can be baked straight from the freezer. Add a few extra minutes to the cooking time. 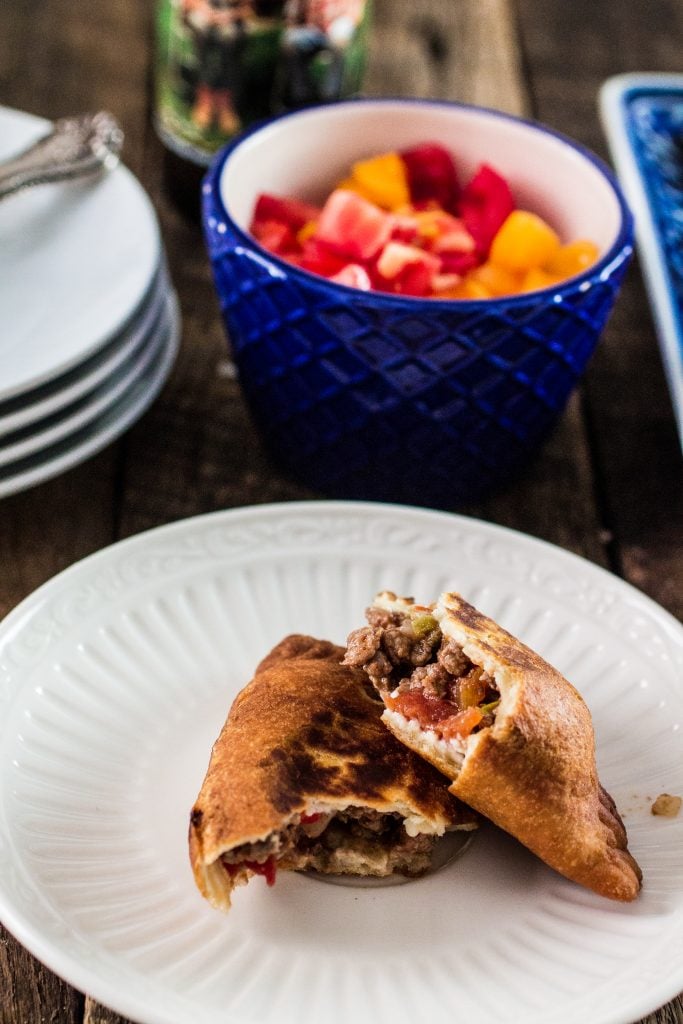 « Previous PostS’mores in a Jar
Next Post » Massaman Curry Chicken