Thank you Cacique® for sponsoring this post. Visit your local grocery store to pick up your fave Cacique® product for a delicious dinner tonight!

Even the pickiest eaters will love these cheesy Brussels sprouts, caramelized to perfection and topped with spicy chorizo and a whole lot of Manchego cheese. Believe me, those nasty boiled Brussels sprouts that you used to eat as a child have nothing on this unbelievably delicious gourmet side dish! 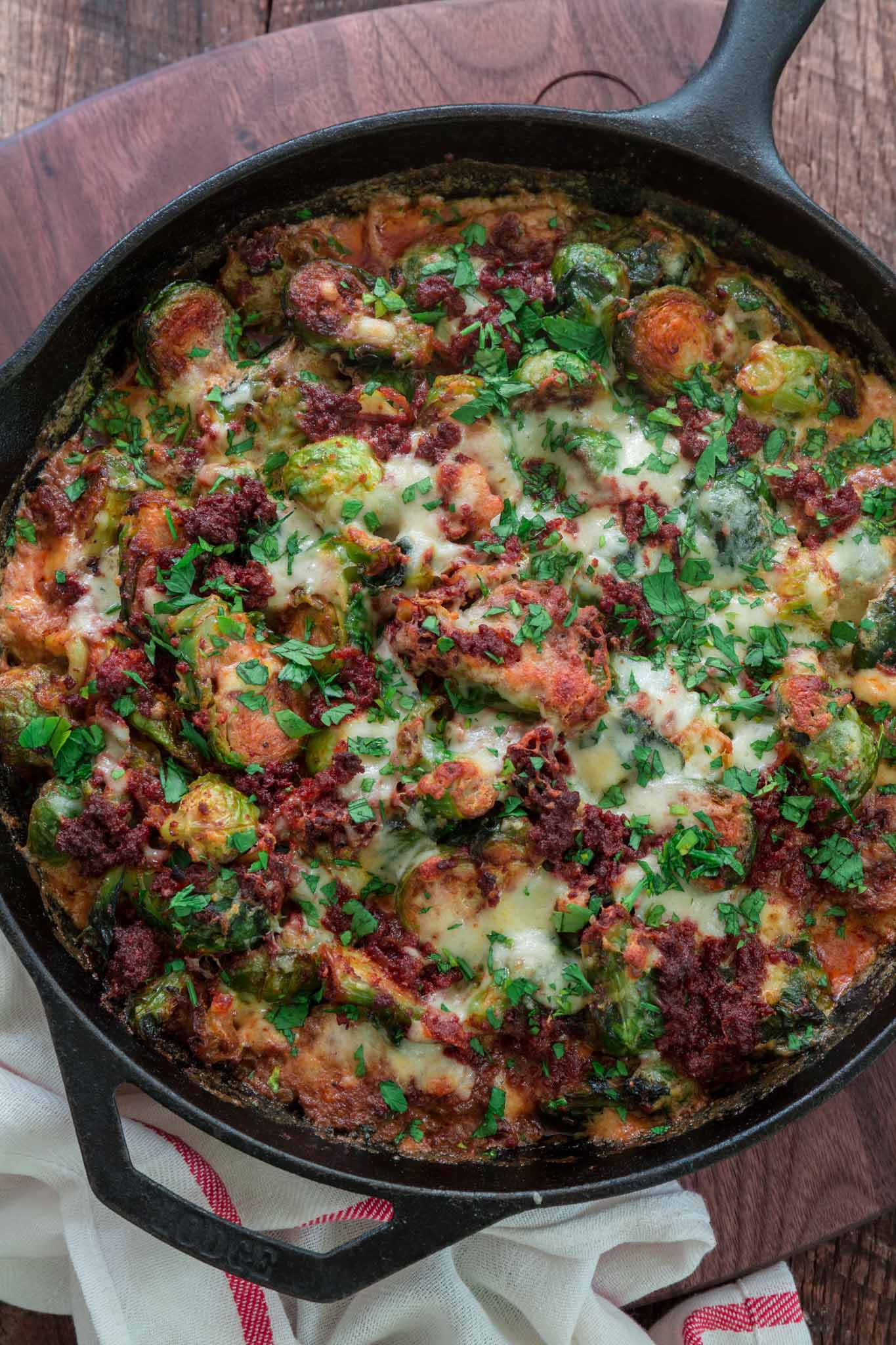 I confess I was never a Brussels sprouts hater. Not a lover either, but nothing against them.

That doesn’t mean I’m not a picky eater, cause there are a whole lot of things that I won’t eat. So I do understand the feeling of despising something. And I think Brussels sprouts is one of those foods that has a really bad reputation out there.

Is that the case with you? I mean, probably not, cause you did end up here, reading a post about Brussels sprouts. But maybe you have one (or a few) relatives that won’t get near a Brussels sprouts dish?

If that’s the case, I think it’s time to rock their world and serve them these cheesy Brussels sprouts with chorizo! I guarantee nobody will be able to resist it and you will succeed in converting every single one of them into Brussels sprouts addicts. 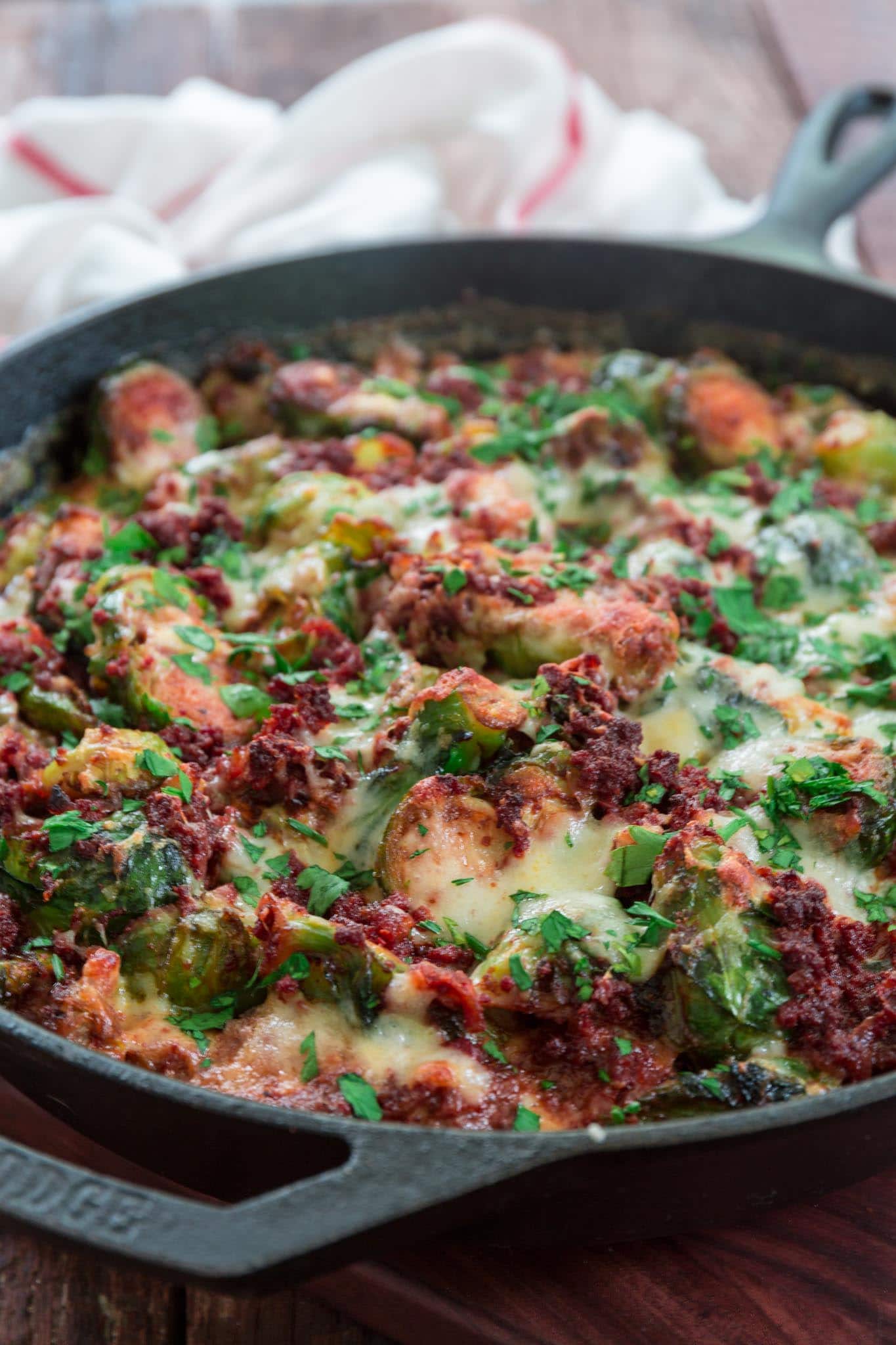 The first time I had Brussels sprouts with chorizo was at a Peruvian restaurant. My mother-in-law had ordered it and asked if I wanted to try. Why not, I thought, and took a few without much expectations.

Holy smokes! It was delicious! The spicy chorizo really complemented the Brussels sprouts and, what was supposed to be just a side dish, became the best thing I ate that day.

I knew I had to recreate it at home, so I played with it for a while, but was always left with a feeling that something was missing. Well, the answer to this quest is usually cheese (or garlic, but I had already added quite a lot of it), and this time was no different.

To keep everything Spanish inspired, I opted for Cacique®’s Manchego cheese. Their line of products makes it easy to fill your recipes with the tastes and flavors of Mexican food! Their Manchego cheese melts wonderfully and tastes similar to a tangy Colby, with the aroma of a sharp cheddar.

Once I took the cast iron of nicely brown and bubbly cheesy Brussels sprouts out of the oven, I knew it was the one! And it was love at first bite! 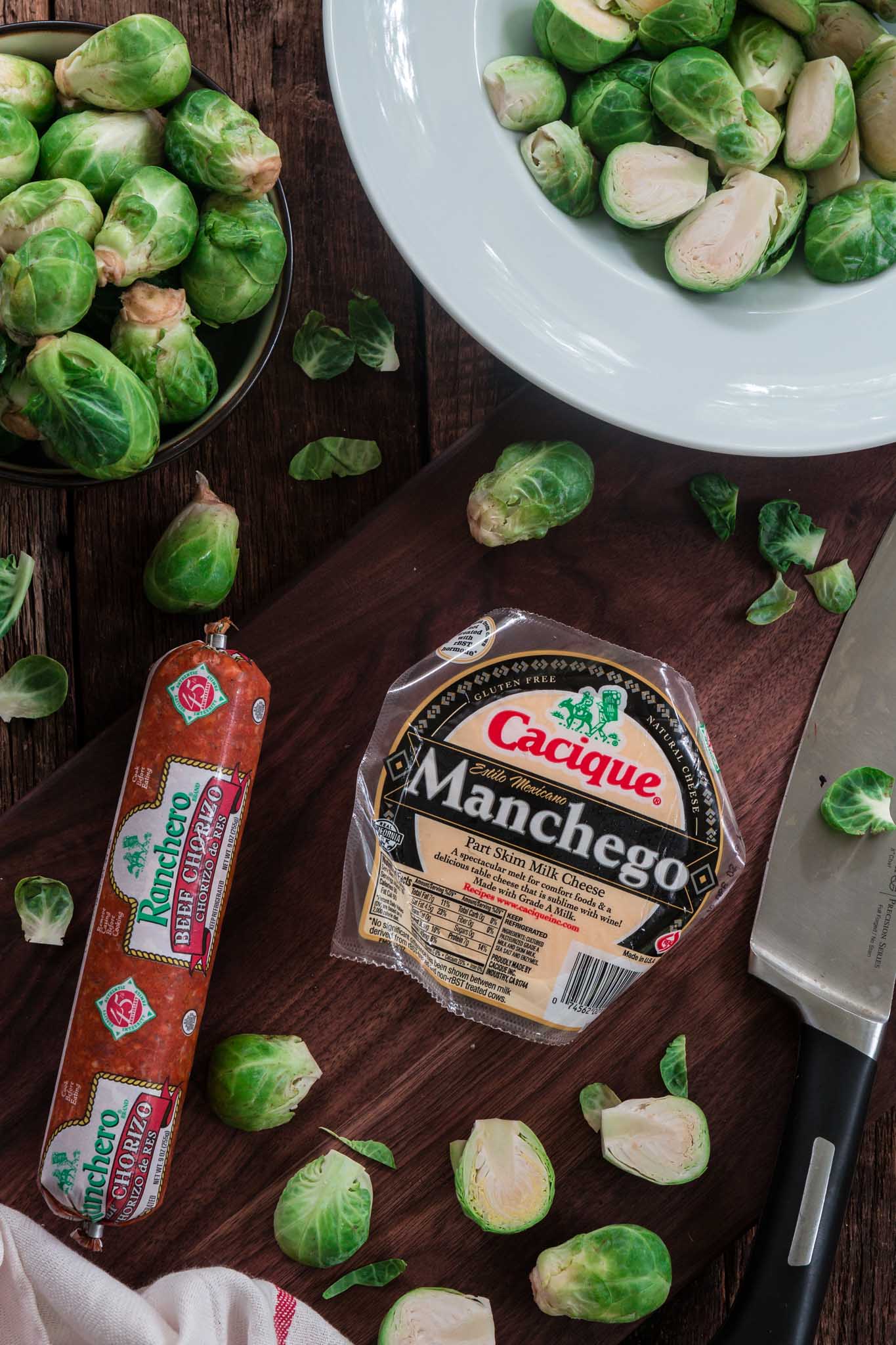 You will notice that I used Cacique®’s Beef Chorizo instead of the pork variety. You can use whichever one you prefer, but make sure you buy the Mexican kind (stick with Cacique® and you’re good to go!).

Unlike Spanish Chorizo, which is a dried and cured sausage, Mexican Chorizo is spicy ground sausage meat (pork or beef) that is fresh and uncooked.

We want this kind because once you cook the chorizo, the oil will get infused with all the aromatics and flavors. You then use that same oil to sauté and caramelize the brussels sprouts. Pure perfection! 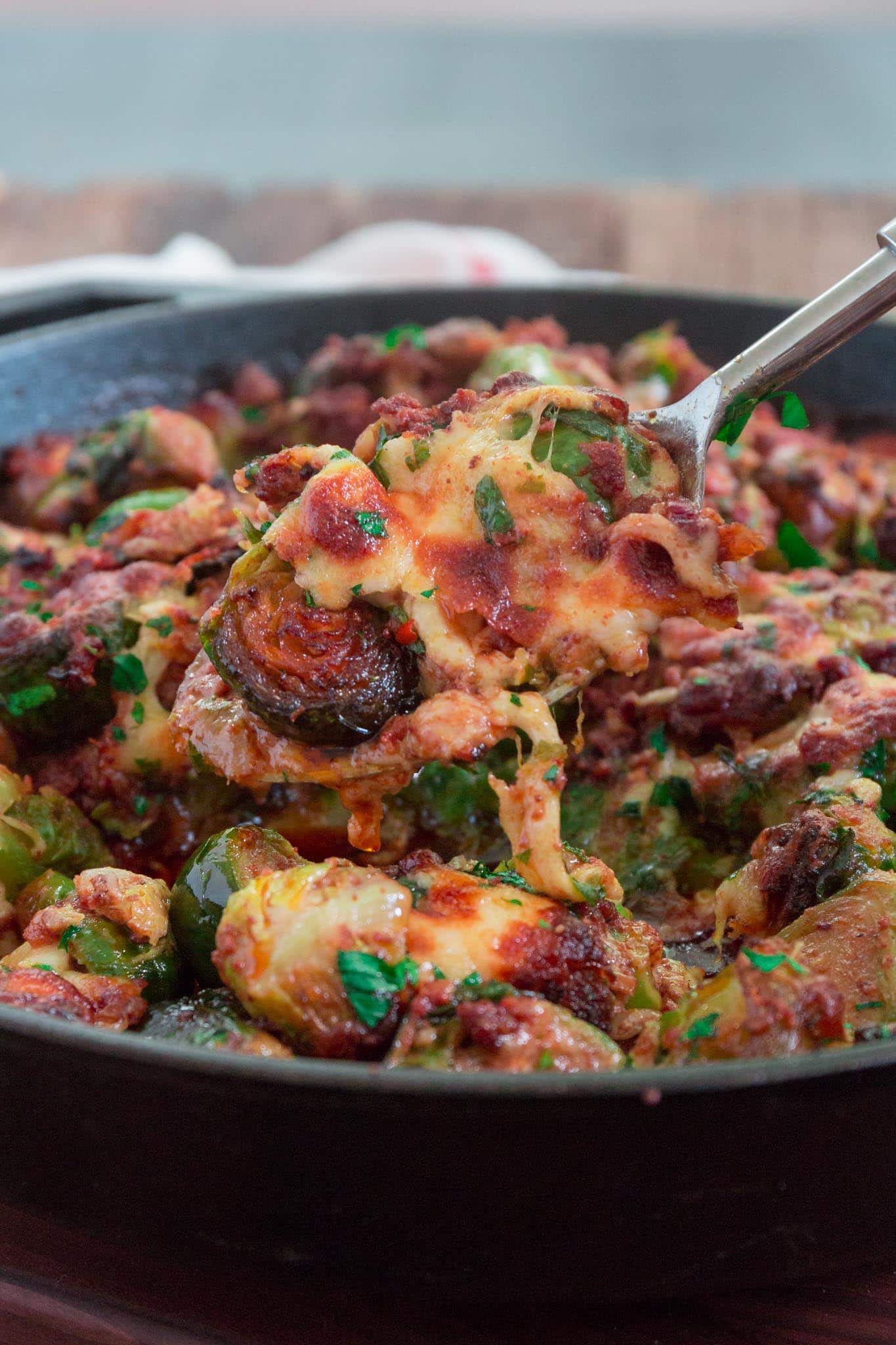 I know what you are thinking… Is chorizo the new bacon? You bet!

And it can make even the most despicable vegetable out there something out of this world. Gourmet and delectable to be served as a holiday side dish but also simple enough to put on the table during the week!


I was selected for this opportunity as a member of CLEVER and the content and opinions expressed here are all my own. 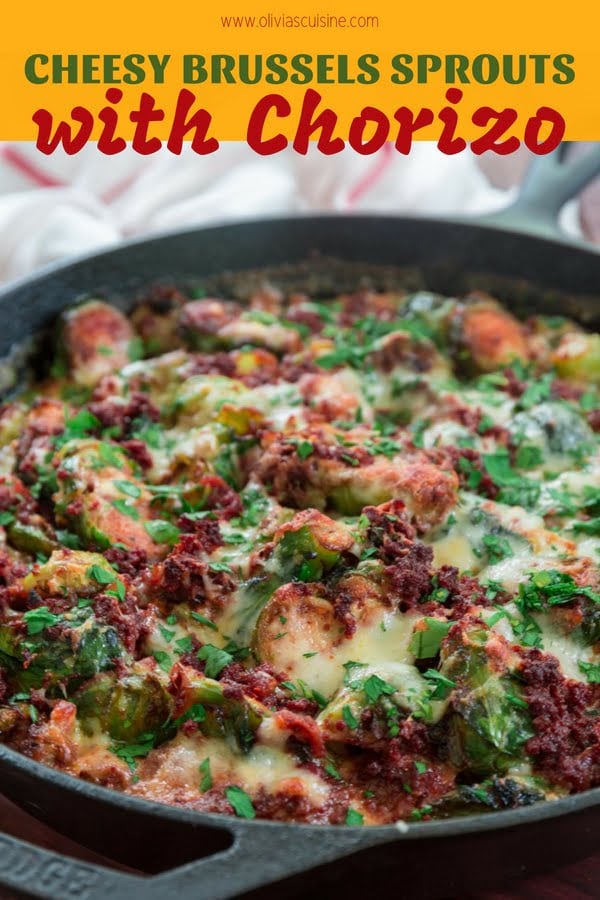