posted by Olivia Mesquita on June 29, 2015 6 comments »
Jump to Recipe
This post may contain affiliate links. Read our disclosure policy.
Jump to Recipe 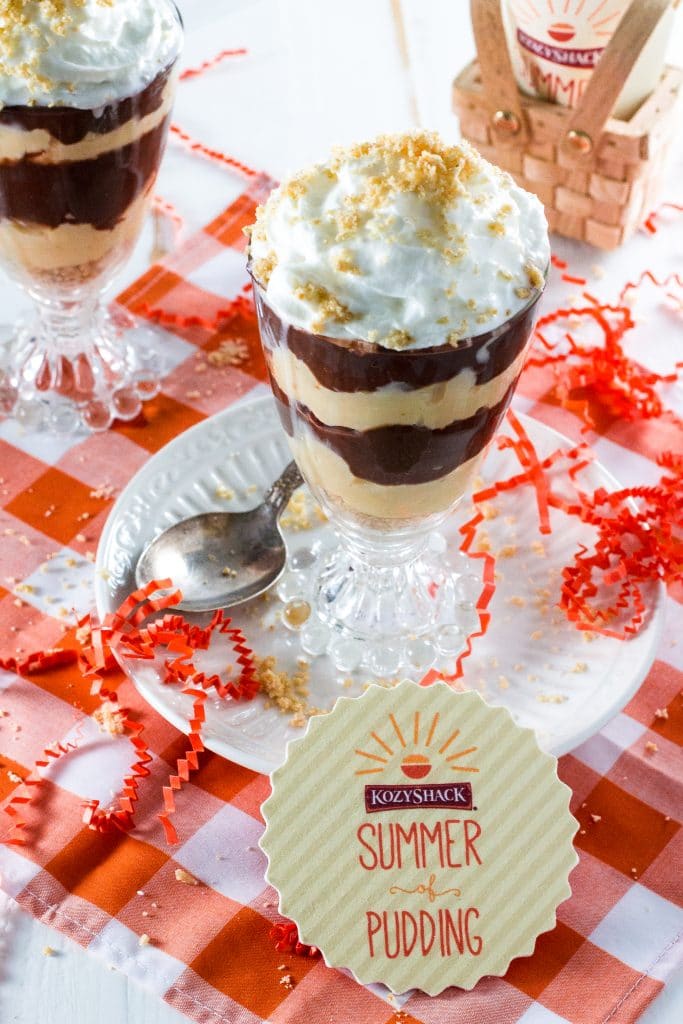 (This post is sponsored by Kozy Shack. However, all opinions, content and chocolate pudding obsession are my own!)

Excuse my lack of modesty, but I’ve seriously outdone myself with this dessert parfait. It is absolutely to DIE FOR! Perfectly creamy and sweet with a little crunch from the cashew crumble!

Even Tim, who is not into sweets, couldn’t wait for me to finish photographing these little babies so he could dig in. Oh yeah, friends! When a dessert has the husband seal of approval in this household, you can bet it is something exceptional. 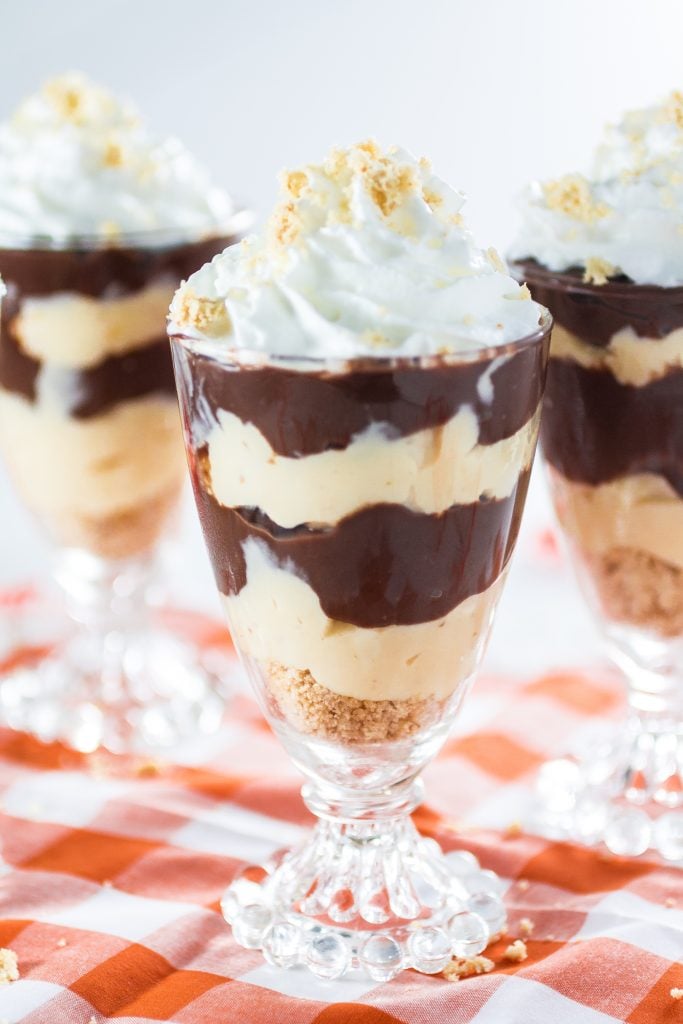 As much as I’m a happy camper if I have a spoon and a container of Kozy Shack‘s pudding by itself, I wanted to create an elaborated summer recipe that I could serve at my next dinner party!

So I drew inspiration from one of my favorite desserts – my grandmother’s Brazilian Pavê (which is like the Brazilian version of tiramisú) – and created these little Dessert Parfaits that uses that same type of cream, because what goes better with chocolate pudding than a decadent cream?

And then I had the brilliant idea to top it all off with whipped cream and some cashew crumble. What is cashew crumble? It’s the name I gave to this new creation of mine: I processed some lady fingers cookies, powdered milk, sugar, butter and, of course, lots of cashews! Seriously, I could eat that stuff by the spoonful. Good thing the recipe makes more than enough, so you will have some extra that you can store in an airtight container and use as a topping for ice cream, milkshakes and even on yogurt for breakfast! 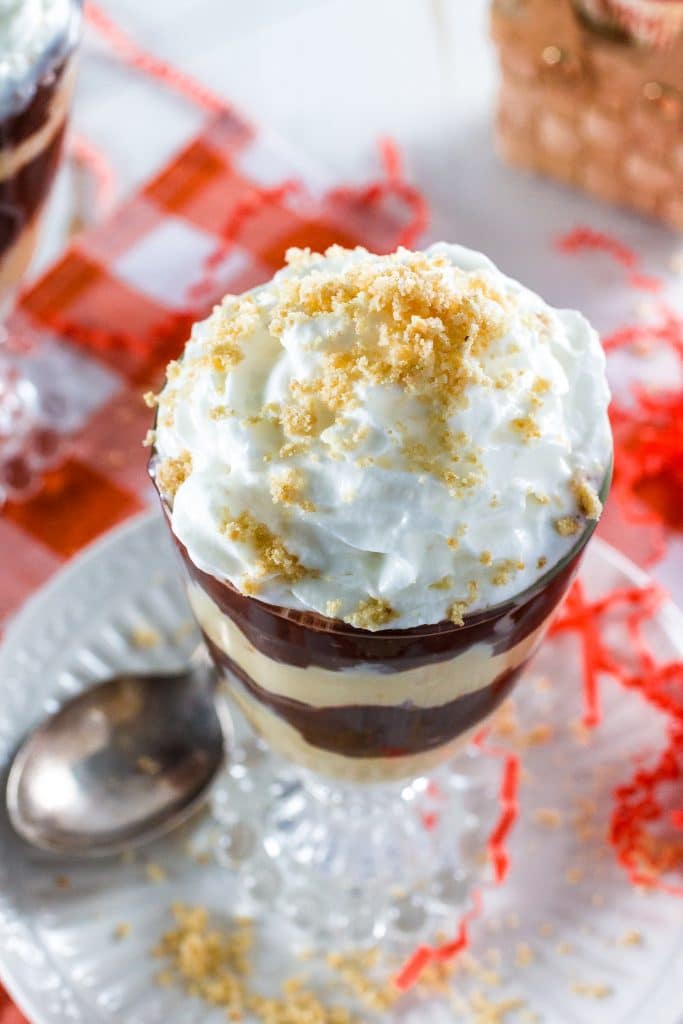 But don’t get fooled by how amazing the cream and the cashew crumble are in this recipe. The real star of this dessert parfait is the chocolate pudding.

Funny thing: just by writing about their pudding made me drool, so I had to stop everything and run to the kitchen to get me some. Best – midnight – snack – EVER!

But now that I have my chocolate pudding next to me, we can keep going. (In between spoonfuls, of course!) 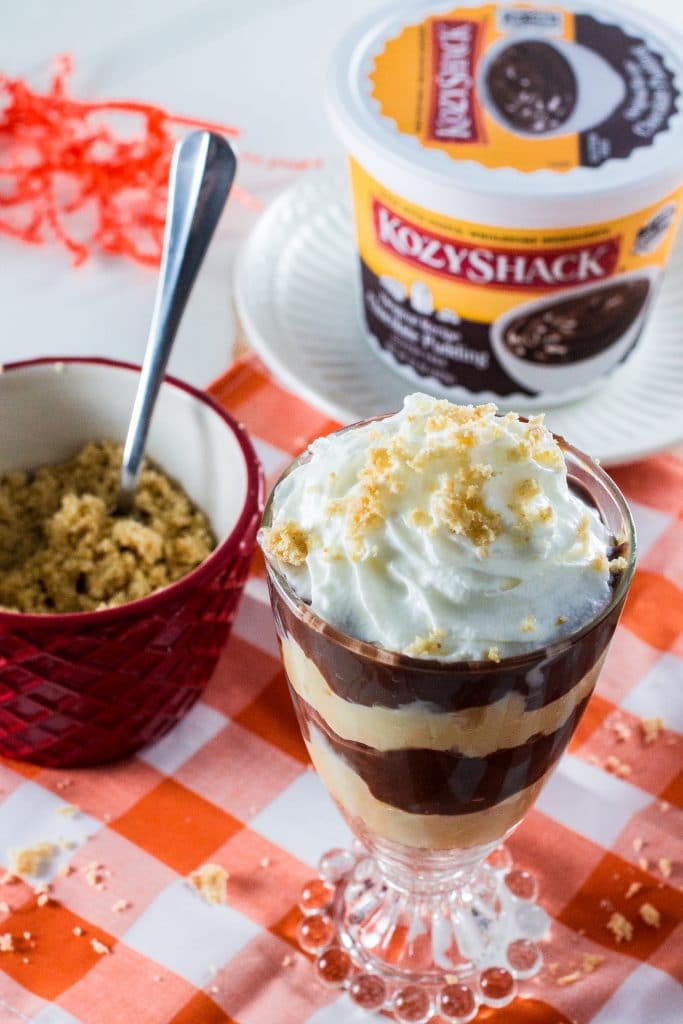 I’m in deep crazy love with individual desserts served in glasses. Not only they look adorable and sophisticated, they also make your guests feel extra special. They think you worked extra hard on something just for them! But the thing is… you didn’t! Because this recipe is a breeze!

Ok, there’s a little work involved in making the cream, but I promise it is worth it!

Whatever makes you happy! :)

You know what makes ME happy. (Hint: PUDDING!).

For some more Pudding inspiration, check Kozy Shack’s Facebook and Instagram pages! They will be giving PRIZES all summer long! After all, it is the #SummerofPudding!

To assemble the glasses:

This recipe makes way more Cashew Crumble than you will need for the parfaits. Store the leftovers in an airtight container in the fridge for up to 2 weeks. Use as a topping for ice cream, frozen yogurt, milkshakes or even as a topping for your yogurt in the morning. 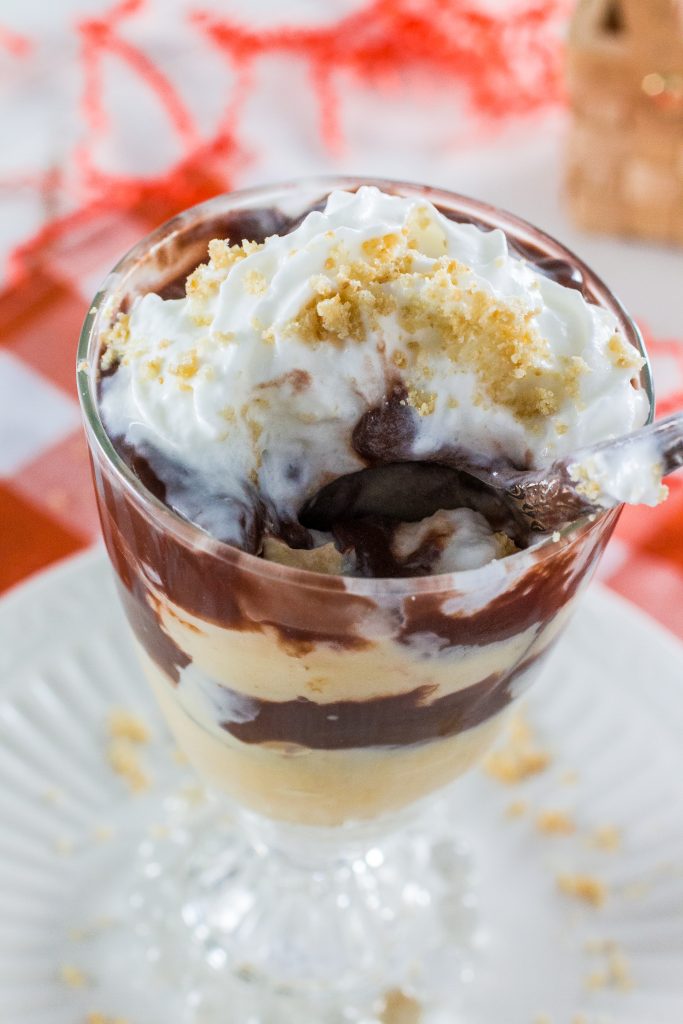 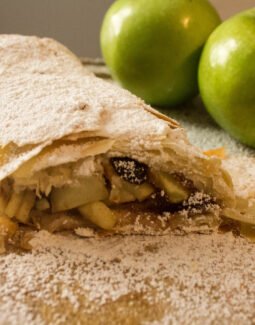 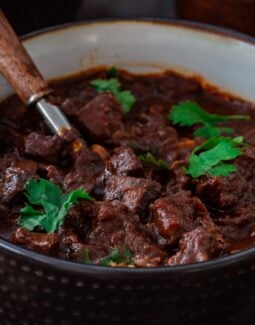 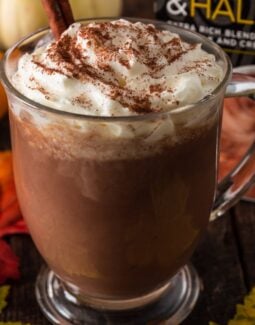 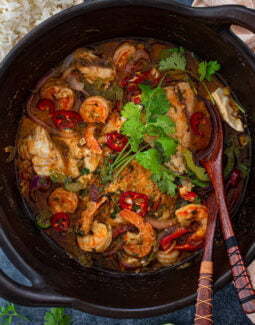 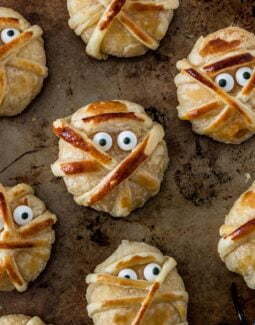