posted by Olivia Mesquita on October 12, 2014 16 comments »
Jump to Recipe
This post may contain affiliate links. Read our disclosure policy.
Jump to Recipe 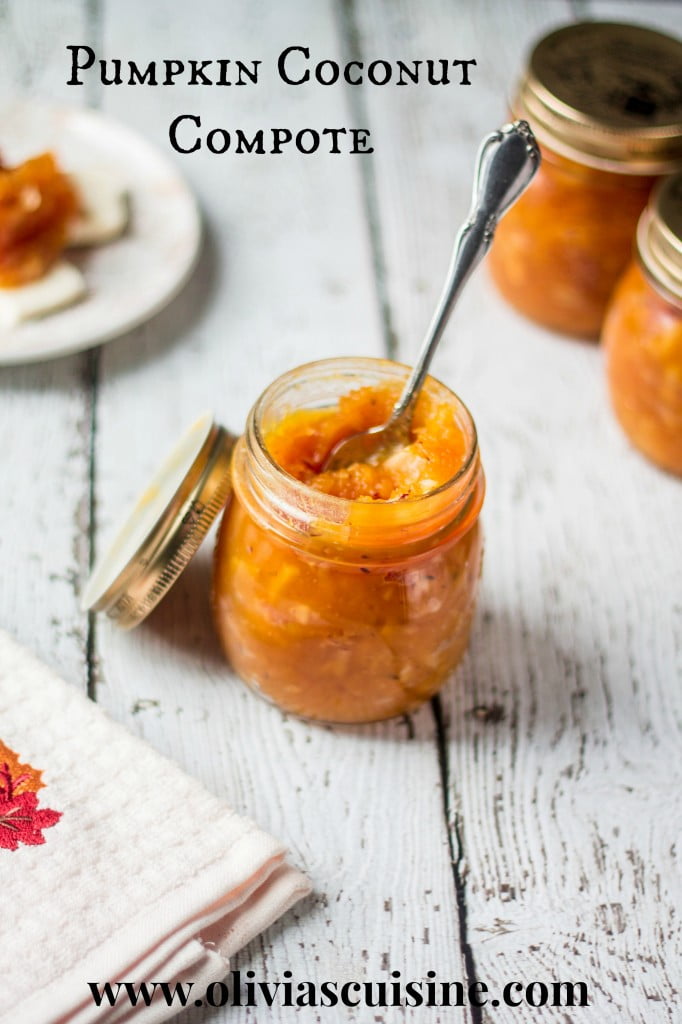 We all know that October is Pumpkin month! You walk around the city and you see pumpkins everywhere. Sometimes the sidewalk becomes this little stripe where the humans struggle to fit because the rest of the space is filled with pumpkins displayed outside a grocery store or something! So I can’t help but think of pumpkins 24/7! And I also can’t help if all my blog ideas involve pumpkin… It is not my fault, really! I’m being pumpkin brain washed! (Let’s see how many times I can write “pumpkin” in this post!)
In Brazil we are not as obsessed with pumpkin as the North Americans. Sure we have pumpkin and sure we have some typical Brazilian pumpkin dishes. We just don’t have that frenzy – that I absolutely love, by the way – that you guys have here!
One of our traditional pumpkin recipes is this Pumpkin Coconut Compote that we call “Doce de Abóbora com Coco”; which, if translated literally, would be Pumpkin and Coconut Sweet. However, I’ve decided that Compote is more appropriate. Compote is a french dessert made of whole or pieces of fruit in sugar syrup. And that’s exactly what Doce de Abóbora is! 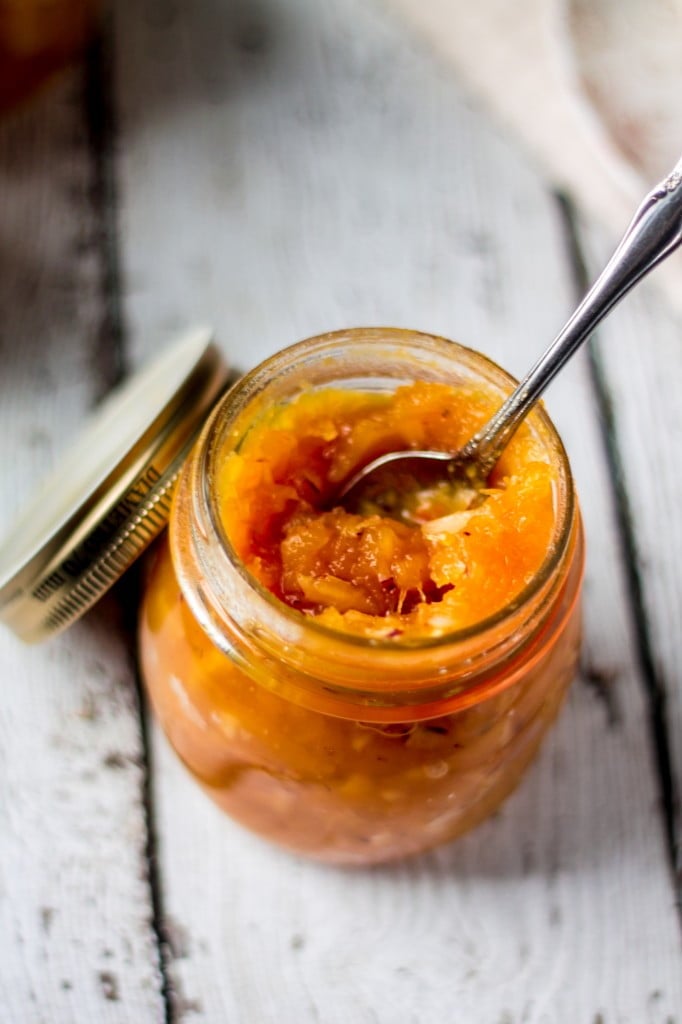 I grew up eating the best Doce de Abóbora in the whole world, made – of course! – by my grandma! She would send us a jar and I would eat in all sorts of ways. My favorite way of eating this compote is with cheese, especially with something creamy like requeijão, which is a Brazilian cheese spread that is to die for. Cream cheese is not as good as requeijão, so here in the U.S. I eat my Pumpkin Compote with Queso Blanco that is a Mexican white cheese that is creamy, soft and mild and it balances the sweet of the compote pretty well! It is also not hard to find in NYC.
But, please, don’t feel like you only have to eat this with cheese. You can pretty much spread this delicious compote over anything! I, for example, see myself eating this over waffles in the near future (like tomorrow!). You can also eat it with some crackers, making it the perfect afternoon snack! 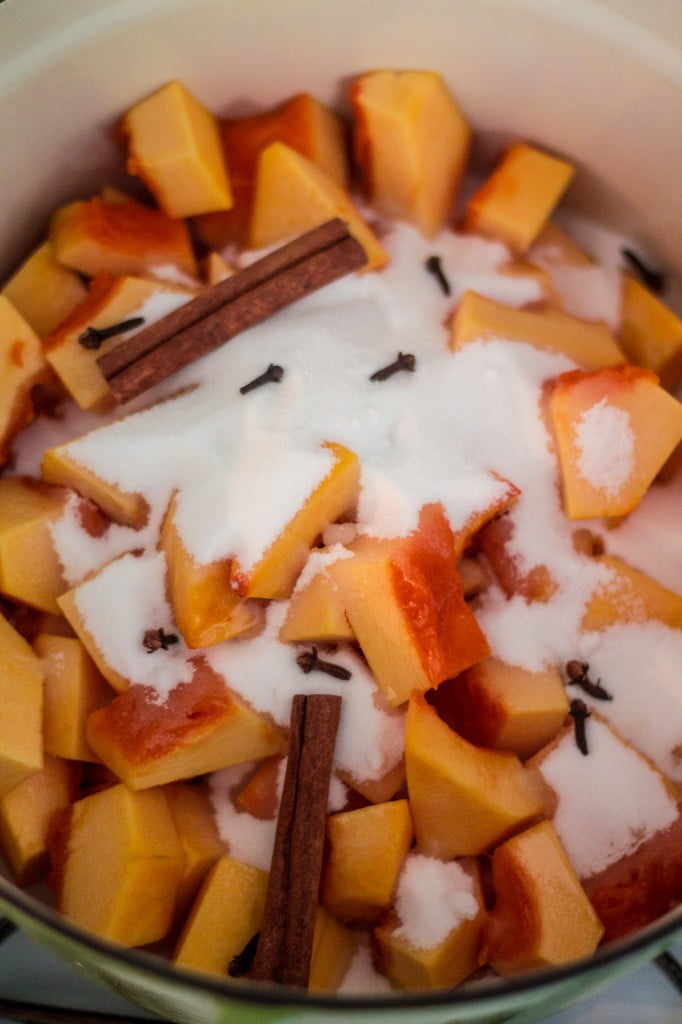 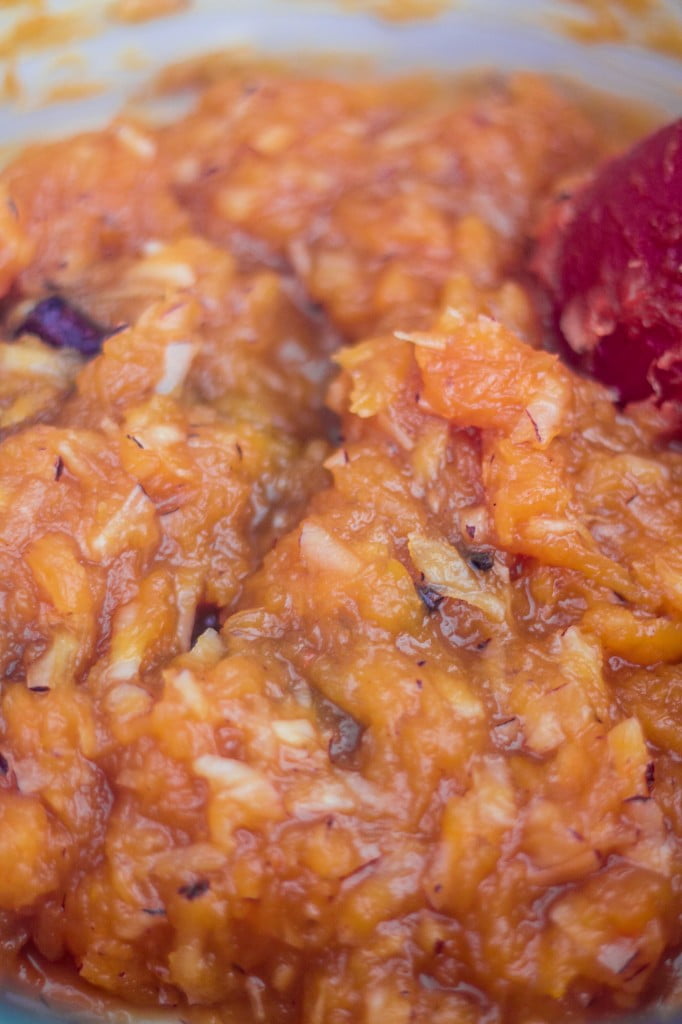 Sadly, I have to admit that this compote, although tasting really similar to my grandma’s, doesn’t look like hers. :( After some research, I found out that in Brazil they actually use butternut squash instead of the sugar pumpkin I used, which makes the final result more reddish! So go ahead and make it with butternut squash (I’m guessing any type of winter squash would do) if you want it to look how it’s supposed to look. But if you only have pumpkins on hand, like me, don’t worry! It will taste the same! :) I just had lots of pumpkin that we got when we visit the Outhouse Orchards, so I had had had to use them! 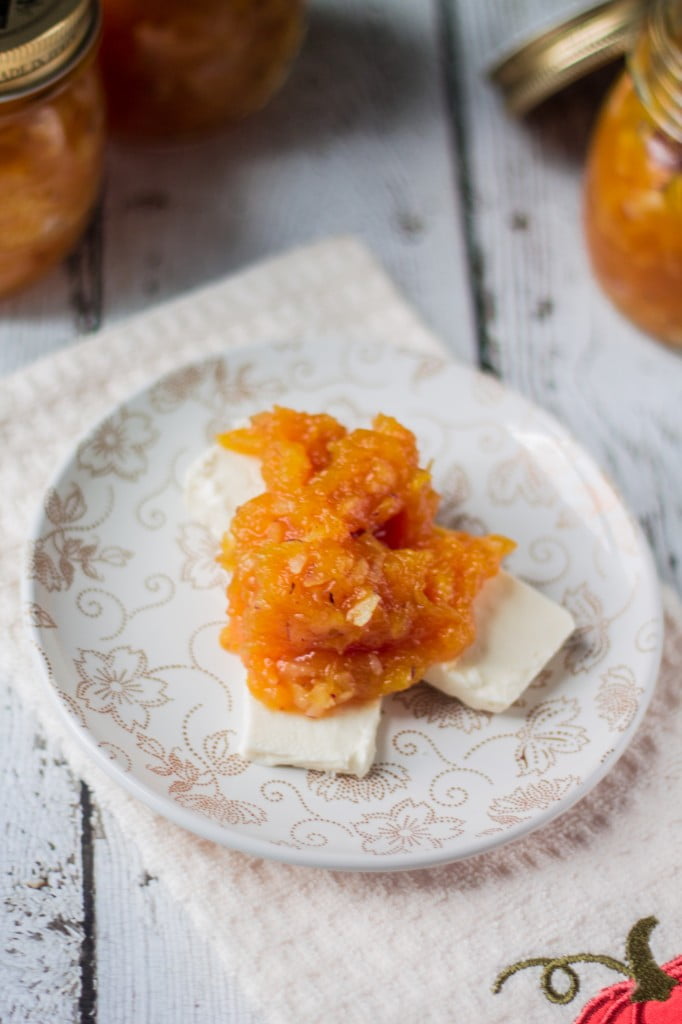 So what are you waiting for? Get yourself to the kitchen and start working on this amazing pumpkin compote! It is so easy to make and, while all your neighbors (or church friends, or pot luck friends, or sister-in-law that you’re always competing with) are making the same old boring pumpkin recipes, you will be making something new, delicious and exotic! Doesn’t that sound like fun? ;-)
Oh, and this recipe makes like 3 cups, which would fill three 8.5oz little jars! So, if you’re feeling generous, you can give some of them as gifts! In fact, by writing this just now, I just decided to give some as a hostess gift to my Thanksgiving hostess! I mean, if I decide to go somewhere instead of hosting my own! :-)
Continue to Content