posted by Olivia Mesquita on January 9, 2017 3 comments »
Jump to Recipe
This post may contain affiliate links. Read our disclosure policy.

I dare you to resist this Cheese Stuffed Polpettone: a giant and delicious Italian meatball, stuffed with mozzarella cheese, that is technically big enough to share. I say “technically”, because chances are the whole thing will be gone before anybody can ask for a bite! 😉 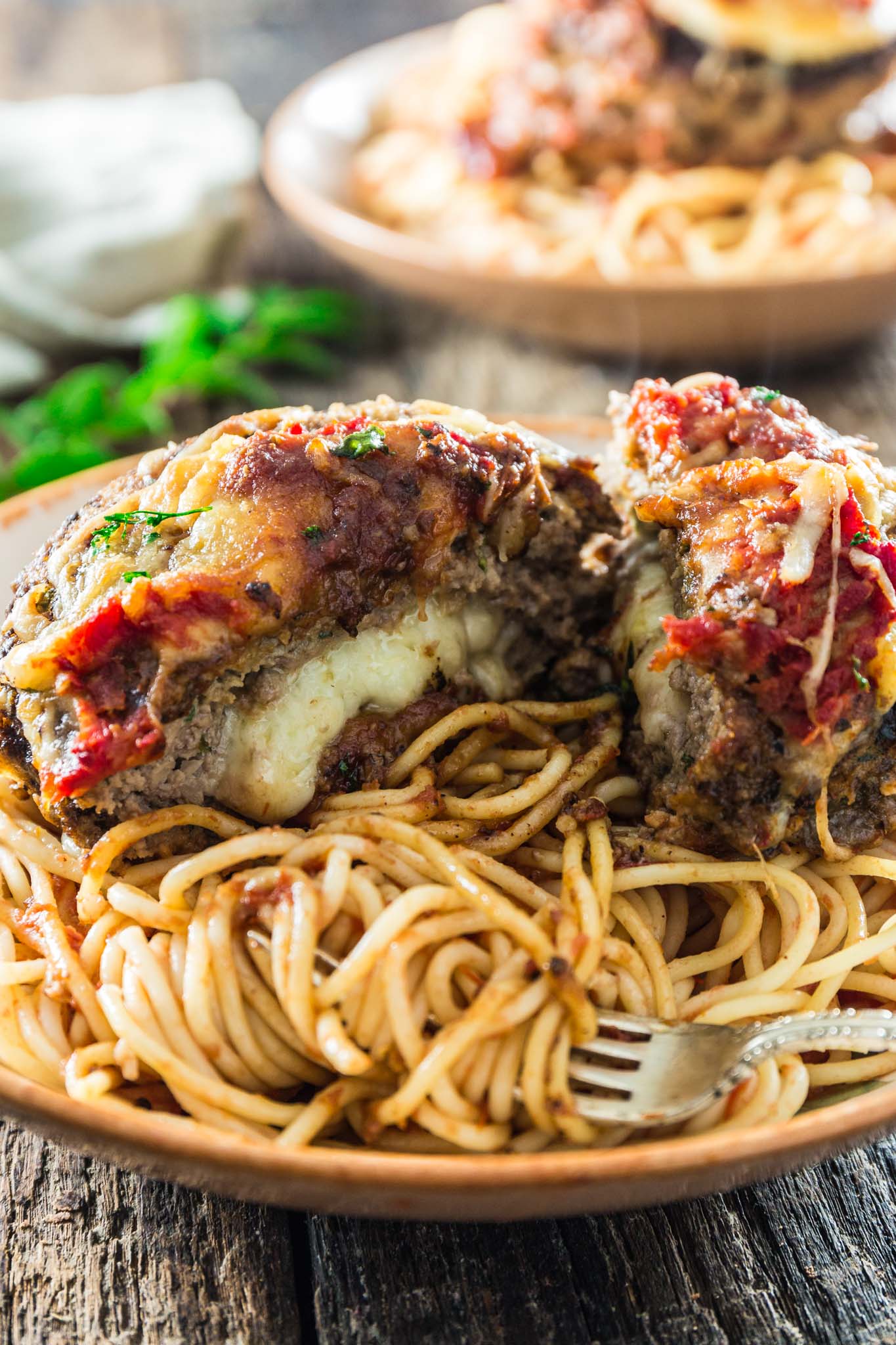 Oh, just look at that mozzarella oozing through the polpettone! Doesn’t it tempt you to try to lick the screen? It surely has that effect on me! 😋

This polpettone is everything you would want in a huge meatball: juicy, tender, flavorful and not only stuffed with cheese but also covered in it. Because go big or go home, right?

And speaking of home… Back in São Paulo it is tradition to eat Italian food for lunch on Sundays. You see, São Paulo is the largest Italian community outside Italy (yes, we beat New York City!), so it’s no surprise that the ‘nonnas’ like to put together a big feast for their families on Sundays.

Sure, you could take the family to one of the many city’s “cantinas” or “trattorias” instead. But the reality is that there’s nothing like a homemade Italian meal cooked by your grandma!

Well, my grandma is back in Brazil, so I have to take the nonna role myself. And I’d like to think that I knocked the ball out of the park this past Sunday with this glorious Cheese Stuffed Polpettone! 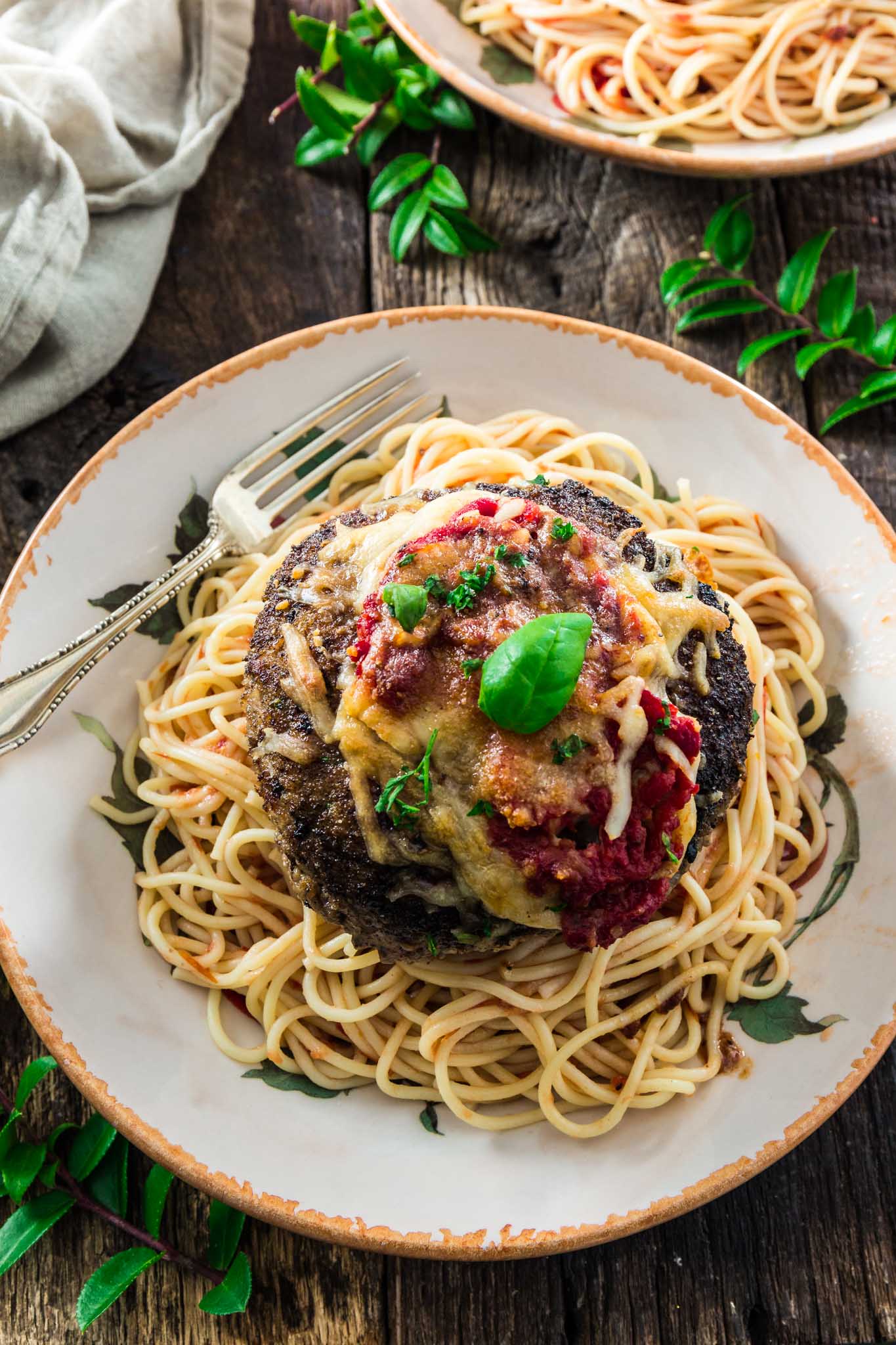 Polpettone is the superlative of polpette, which means meatballs in Italian.

I was surprised to find out that they are not very popular here in the United States, at least not with that name! The few polpettone recipes I’ve found are for long shaped Italian meatloaves, and although the taste might be similar, the aesthetics are not!

My version is the one we make in Brazil, and that is shaped like a jumbo meatball. So instead of making one huge meatloaf, I make 4 (½ pound each) meatballs and I think they look very impressive nested into some spaghetti.

But don’t freak out just yet. These polpettone might look hefty, yes, but they are so light and tender that a spoon slices through them with almost no resistance. My secret (or better yet, my grandma’s secret)? Two slices of potato bread (crusts removed) soaked in milk! Genius, isn’t it? 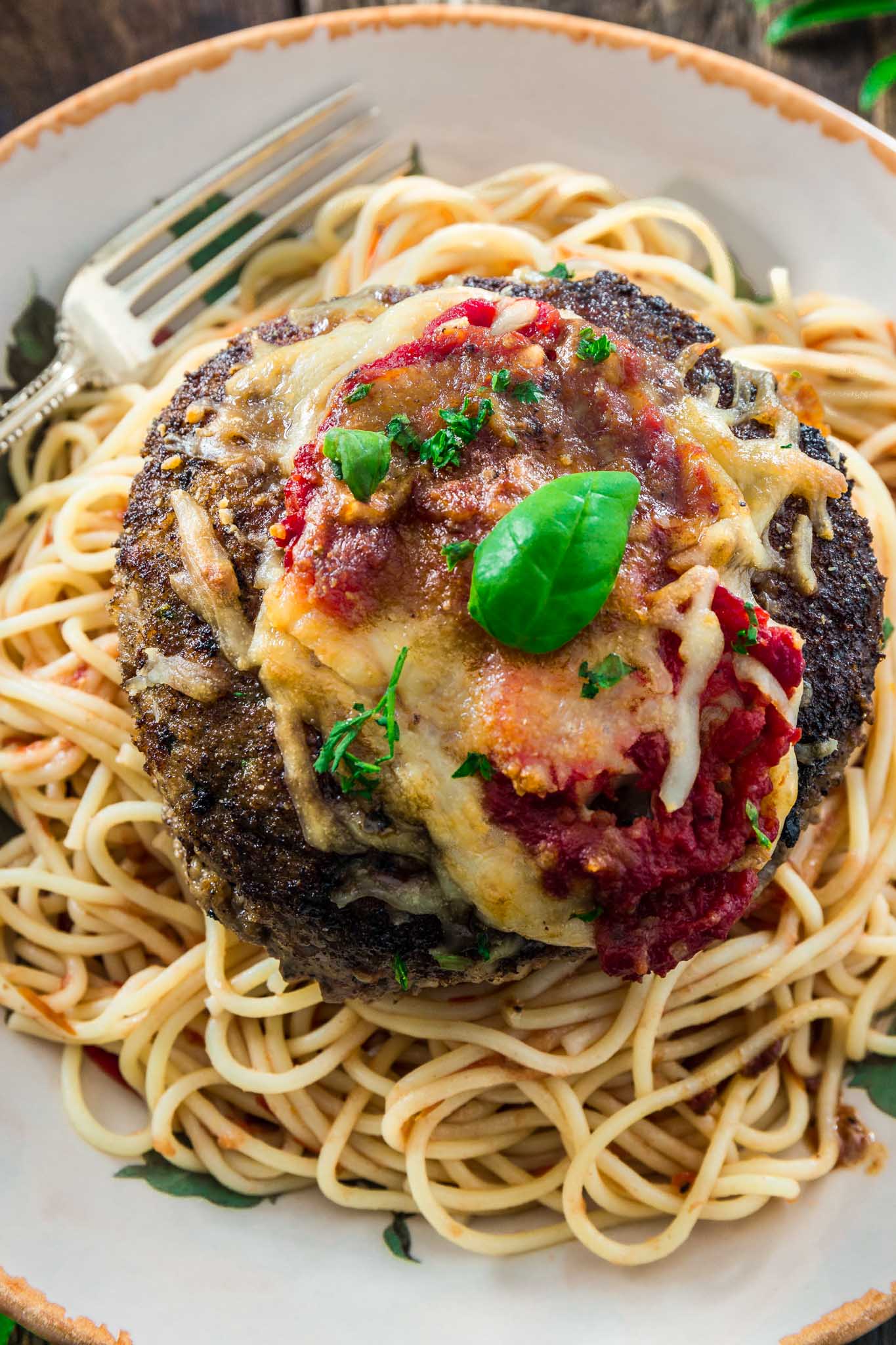 Before we part ways, I’d like to share a few tips for the best and softest polpettone:

And that’s it, folks! I think you have all the info to make a great Sunday Italian lunch (or dinner) for your family. 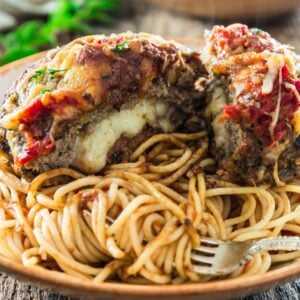