posted by Olivia Mesquita on July 16, 2015 21 comments »
Jump to Recipe
This post may contain affiliate links. Read our disclosure policy.
Jump to Recipe 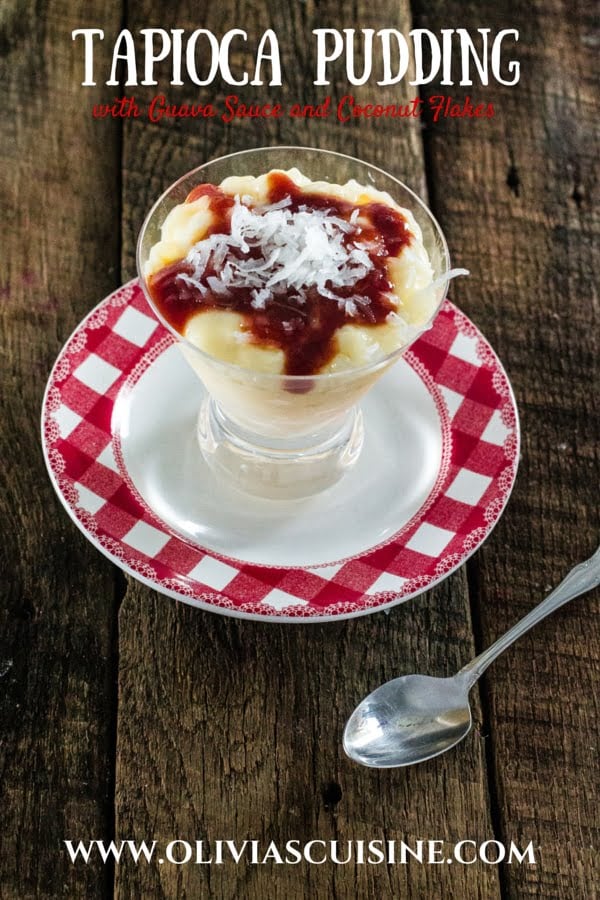 Tapioca pudding + guava sauce + coconut flakes = the easiest and most delicious summery treat ever!
And because this dessert makes me so happy, I am giving away a $25 Amazon gift card to celebrate summer! :D :D :D Just scroll down to the end of this post to enter! (After reading my awesome post, of course…) 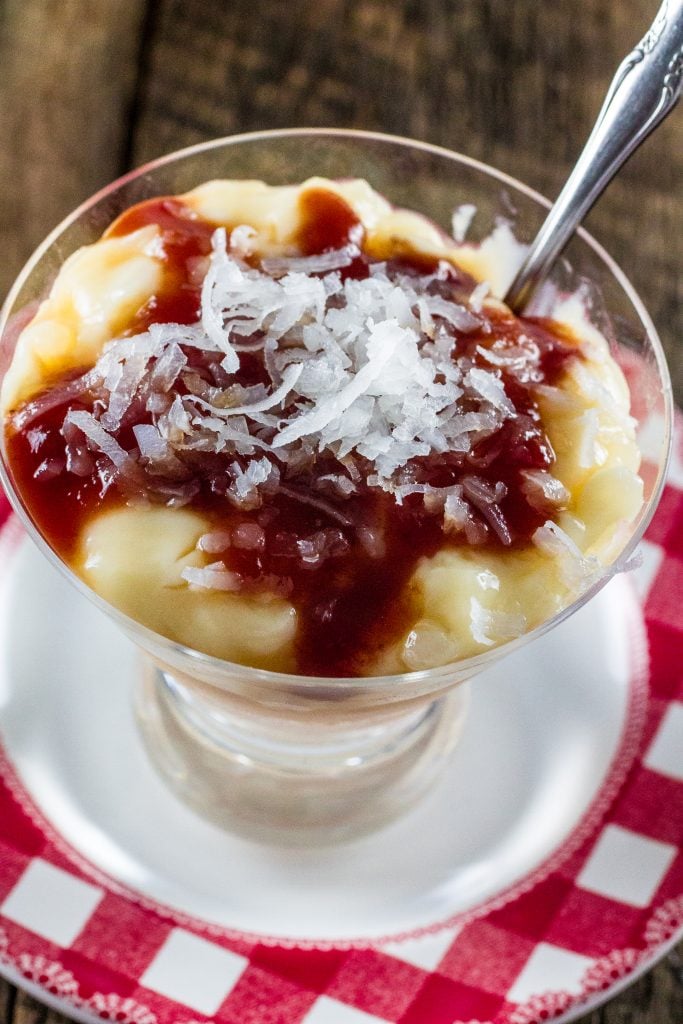 With all the moving madness – which so far is more like me hopelessly looking at all the empty boxes and not knowing where to start -, I have NO TIME (or energy) to spend in the kitchen. So this pudding is pretty much what I’ve been eating for breakfast, lunch and dinner!
I am, of course, exaggerating. But almost every meal followed a tablespoon or two of this creamy heaven for dessert.

The star of this show? Kozy Shack‘s Tapioca Pudding, of course! That stuff is so good it doesn’t last 2 days in my fridge! I could blame my husband right now, but I’m the one at fault here… Oops! *wipes pudding off chin*
I mean… Can you blame me? Kozy Shack’s pudding is so yummy and it is made with simple, wholesome ingredients. Real milk, no artificial preservatives or hydrogenated oils. Not to mention it is a great source of calcium! So I feel ZERO bad about my tapioca pudding addiction. 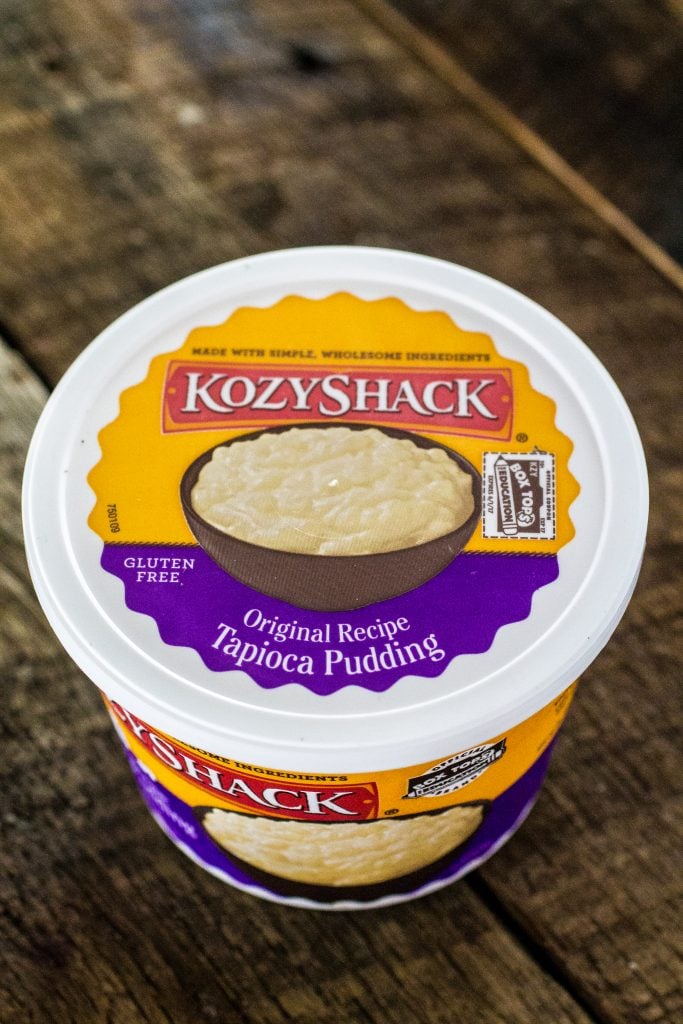 While I grew up eating many tapioca dishes in my home country (Brazil), I only recently tried tapioca pudding as it is consumed here in the United States.
Our version of a tapioca pudding is similar to a flan, way firmer in texture, and you most definitely won’t find it ready to eat in the supermarket.
Thank you, friends at Kozy Shack for creating this wonder of wonders! Life is so much easier when dessert comes in a container, ready to eat! 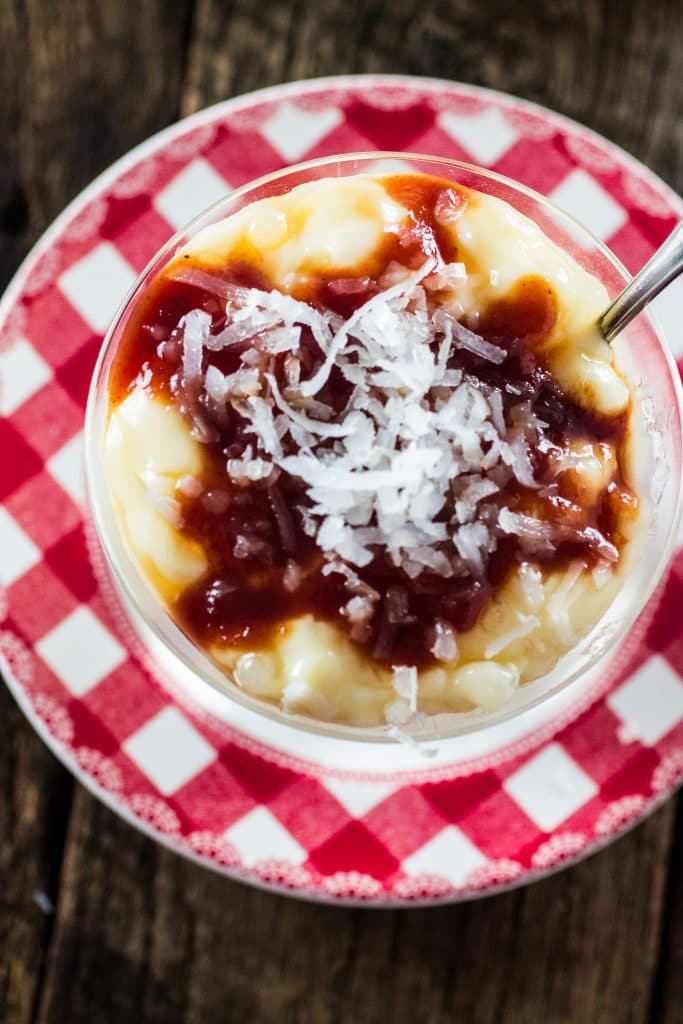 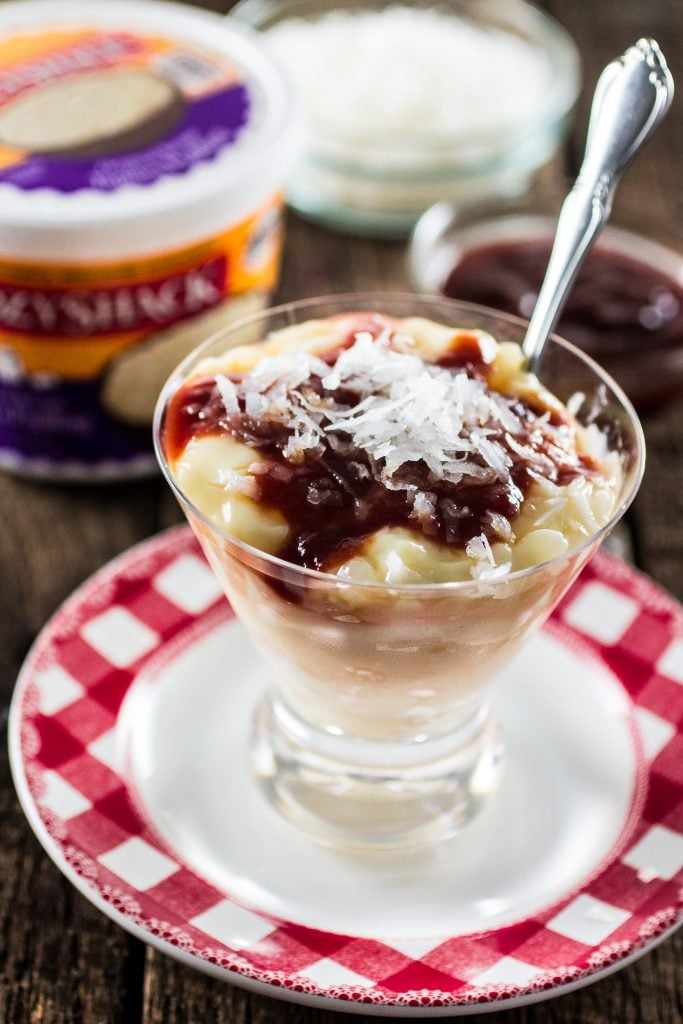 To make this dessert even easier, one could go without the guava sauce and just sprinkle coconut or fresh fruit on top of the pudding and it would still be delicious.
But who would skip on the most perfect topping ever??
Not me! This guava sauce is PHENOMENAL and I need every little bit I can get of it! (I may or may not have eaten a few tablespoons of it by itself…)
Oh, and it requires only two ingredients: Goiabada (Guava Paste) and Water. WIN!
You can find guava paste at your local latino grocery store or at Amazon. This stuff is not only amazing in this recipe but great by itself or with cheese! :)
For more inspiration on pudding and delicious recipes, check Kozy Shack’s Facebook and/or Instagram pages.
Continue to Content

And now… it’s time for a little Giveaway !

Please enter the rafflecopter below! (you may need to give it a few minutes to load)

Entries will open on Thursday, July 16th, 2015 at 12:00 am EST and close on August 1st, 2015 at 12:00 am EST. Odds of winning are determined by the number of valid entries received. The winner(s) will be selected randomly via Rafflecopter and will be contacted shortly after. The winner will be notified via email. If a potential winner of any prize cannot be contacted, fails to reply to the notification email within the required time period (48 hours), or prize is returned as undeliverable, potential winner forfeits prize and a new winner will be randomly selected.

This giveaway is open only to legal residents of the United States who are at least eighteen {18} years old at the time of entry, unless otherwise noted in the footer of each individual promotion.

Entries are accepted via Rafflecopter.com {not by facebook, blog post comment or email}. During the promotion period, follow the instructions in the required entry section in each promotion. You automatically will receive one {1} sweepstakes entry by completing each optional or required entry. Use of a private social media accounts {Facebook or Twitter} to promote this giveaway is at the entrant’s sole discretion and not required to enter. Note, promotion of a giveaway via social media accounts such as Facebook and/or Twitter are commonly used as a marketing tool, and also to provide entrant with an extra chance to win. Olivia’s Cuisine is responsible for prize shipment and will be shipped to you directly from Amazon. This giveaway is not administered, sponsored, endorsed by, or associated with Kozy Shack, Amazon, Facebook, Twitter, Google, Pinterest or other social media outlet. Disclaimer is posted in accordance with the Federal Trade Commission 10 CFR, Part 255 Guides Concerning the Use of Endorsements and Testimonials in Advertising.

21 Comments on “Tapioca Pudding with Guava Sauce and Coconut Flakes”