posted by Olivia Mesquita on November 7, 2014 6 comments »
Jump to Recipe
This post may contain affiliate links. Read our disclosure policy.
Jump to Recipe 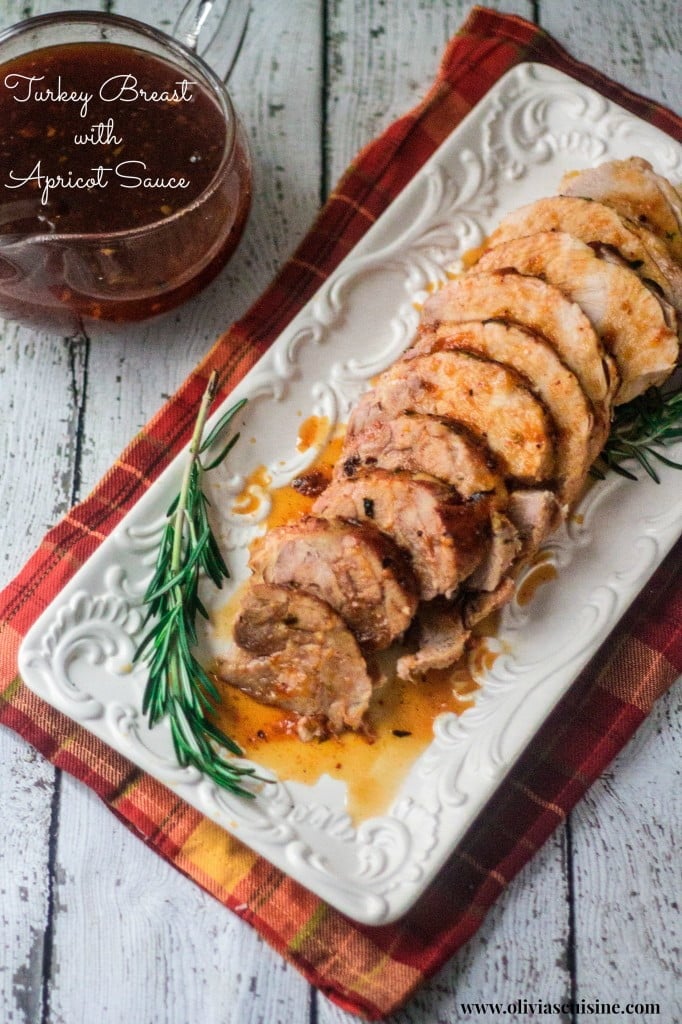 This Turkey Breast with Apricot Sauce is one of my favorite recipes of all time! It is my go-to recipe for impromptu holiday dinners when I don’t feel like roasting a whole turkey. I also make it “just because” a few times a year.

You see, in Brazil we have turkey breast available all year long. So, even though we usually eat the whole bird for Christmas, we do eat turkey breast throughout the year. However, here in the US it took me a while – and trips to lots of different grocery stores – to find a boneless turkey breast. And it’s Thanksgiving season!!! Imagine if I would want to cook this during the summer, for example? I would be doomed! (Gosh, I’m so dramatic!)

But yes, this turkey is so delicious that you will be craving it all year long, I promise! There’s something about the sweetness and tanginess of the apricot sauce combined with the turkey flavor that makes this dish so special! Oh, and the smell! Do I have to tell you my apartment smelled a-mah-zing? There’s nothing like an apartment smelling like something is roasting in the oven! I wish they would make candles like that! (Yes, I’m that weird!!) 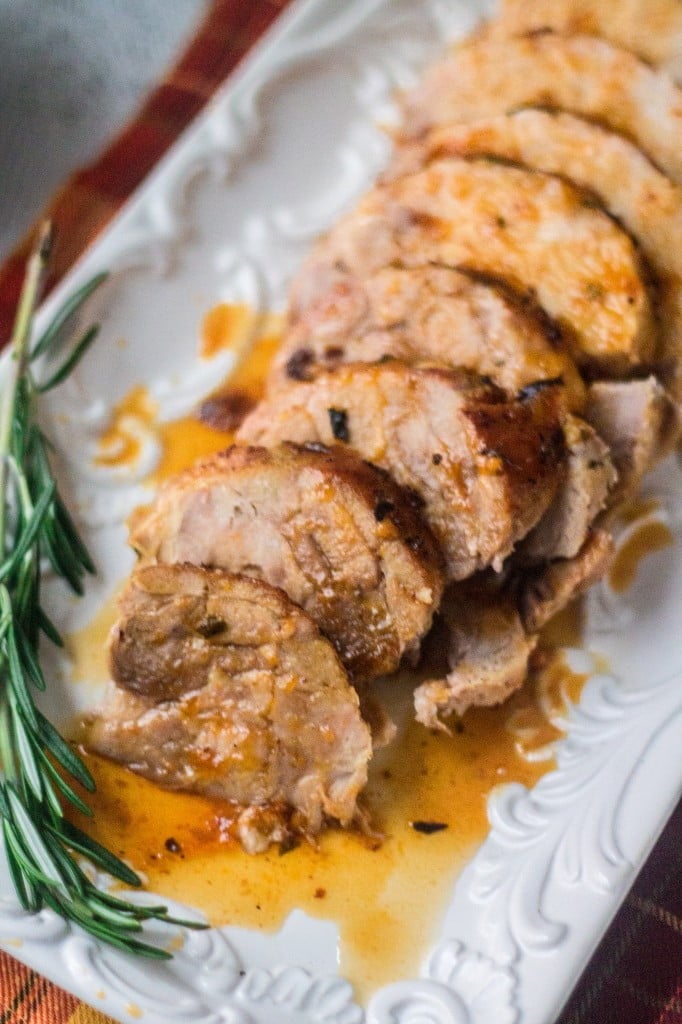 I absolutely love the combination of savory and sweet flavors for Holiday dishes. A lot of my Holiday recipes are savory/sweet and I usually use lots of nuts, raisins, cranberries and other dried or fresh fruits. The combination of those flavors just scream “Christmas” to me. Yes, Christmas! In Brazil we don’t celebrate Thanksgiving, so that’s a relatively new holiday for me since I’ve only been celebrating it for the past 5 years. I’m used to waiting for Christmas Eve’s supper to see the huge turkey decorated beautifully on a table full of incredible deliciousness. But now I get to do that twice! Yes, at my home we now eat turkey at least twice a year: for Thanksgiving and for Christmas! Isn’t my husband lucky to have married me?

If it wouldn’t be for my husband’s demand of having cranberry sauce for our Thanksgiving dinner, I would totally do this Apricot sauce instead. I actually spent a whole lot of time debating if I should name it sauce or gravy… But I asked Tim and he said it is a sauce. I’m still in doubt, though, because I did use the juices from the turkey and that’s what qualifies something as gravy, isn’t it?!? Anyway, sauce or gravy, it is to die for! 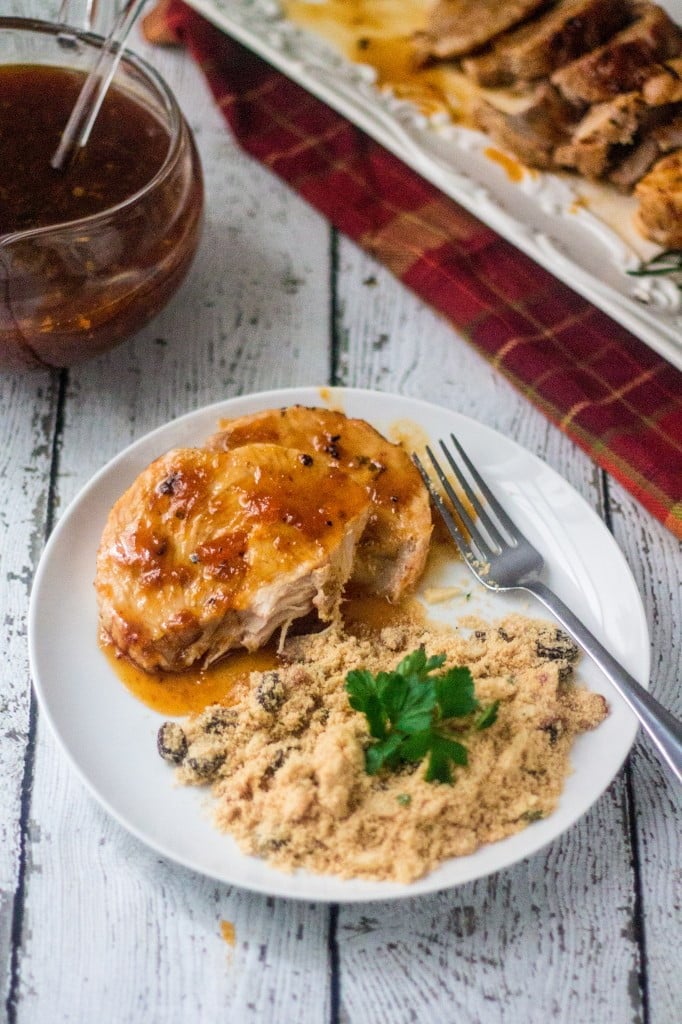 If you’re having just a small gathering for Thanksgiving, this is totally the recipe for you. I see no point in roasting a huge bird for only 4 people. Especially because I don’t like turkey leftovers. It just doesn’t taste the same… I’ve tried reheating it in all possible ways and I never like it. Which is a shame, because most of the time I’m so tired/overwhelmed of spending all day in the kitchen that I cannot eat that much during dinner. My regular Thanksgiving turkey recipe (that I will eventually share will you) is a family favorite and I usually don’t get to enjoy it as I should! So believe me when I say I’m really into making this small turkey breast, even when I do not have a special occasion to justify it, because 1) it is delicious and 2) it is easy and I actually get to sit down and enjoy it!

I usually make this with an all-white meat turkey breast but the grocery store only had the one that says “dark and white meat”, so I had to surrender! It turned out okay, but I still would go for a white meat breast if I were you! :)

Oh, and as you can see in the pictures, I made a Brazilian Farofa as a side dish for this and I will share the recipe with you this weekend! It is a great substitute for the old boring stuffing and it’s gluten free! Yay!

I hope you guys are as excited as I am for the holidays! Mostly because there are so many delicious dishes to be made! And who doesn’t love Holiday food? I know I do! :) 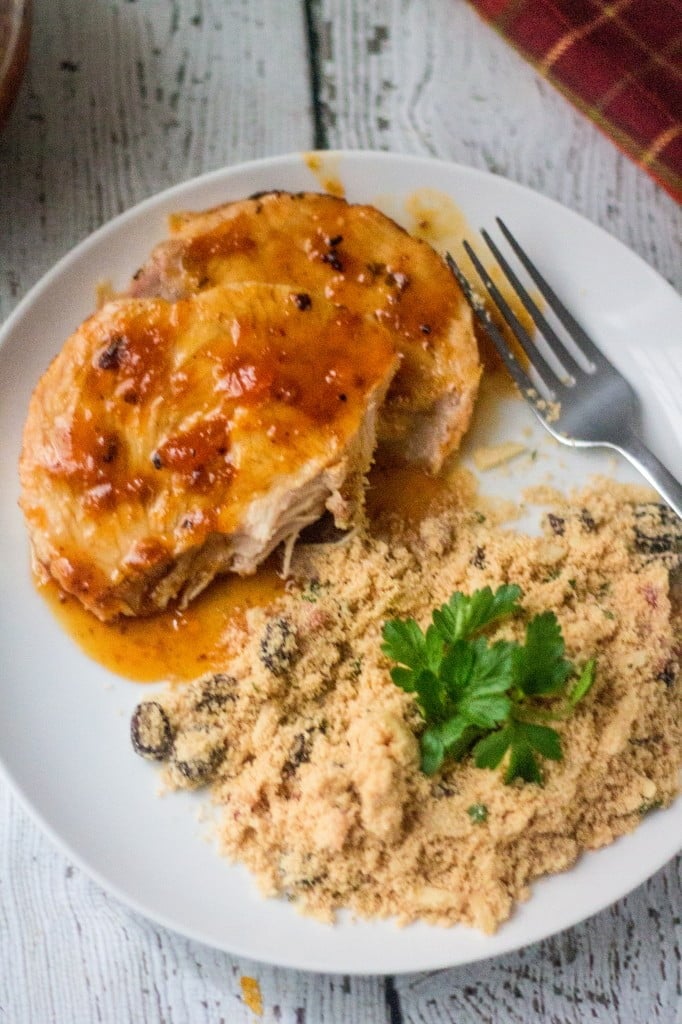 For the apricot sauce: